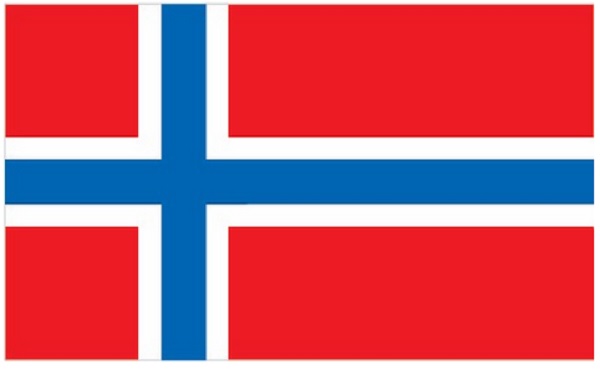 The "cancel culture" sweeping America has targeted flags, images, words, people and even facts, making it an offense to make declarations such as blacks are not the only victims of police shootings.

One of the biggest targets is the Confederate flag, which will be removed from Mississippi's state banner.

But, now, apparently even flags that bear a faint resemblance to the Confederate are creating an offense.

The New York Post reports the owners of The Nordic Pineapple in St. Johns, Michigan, removed both the Norwegian flag and an American flag they had flown outside their Civil War-era mansion because they were accused of promoting racism.

The Post said owners Greg and Kjersten Offenecker reported getting at least a dozen hateful emails and twice that number of comments.

Kjersten said they put up the Norwegian flag shortly after they bought the B&B two years ago, because her grandfather was born in Norway.

The Norwegian flag has a blue Scandinavian cross, while the Confederate has a blue "X" with stars.

"It bugs me as far as the stupidity of people," he said.

But the "current cultural climate" forced the removal, the owners said on Twitter.

Kjersten wrote: "When we think of the worst before we have all the facts, we lose sight of all of [the] good [that’s] out there that we should find. If you got to know us you would see that we are very proud Americans and very patriotic."

The Post said Offenbecker also noted that she and her husband have adopted two black children whom they've taught "not to judge on first glance or outward appearances."