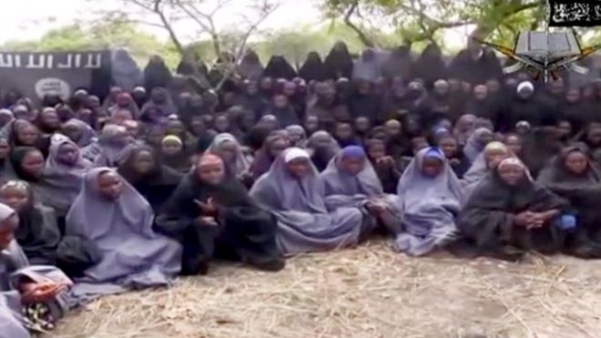 Muslim factions in Nigeria are carrying out a genocidal "bloodbath" in Africa's largest nation that is alarming "those of us who track religious freedom violations," writes Lela Gilbert, a fellow at the Hudson Institute.

Writing for the Washington-based Family Research Council, she said it "seems increasingly clear that another genocide is already taking place."

"We know what happened in Rwanda. We saw what ISIS did in Iraq. And in recent decades, tens of thousands of Nigerians have been slaughtered. Yet their stories rarely appear in mainstream Western news reports, while virtually nothing is being done to stop the violence," wrote Gilbert, who works with the Hudson Institute's Center for Religious Freedom and also the Center for Islam, Democracy and the Future of the Muslim World.

Gilbert explained that two Muslim factions largely are responsible for the violence, the terrorist group Boko Haram and the so-called Fulani herdsmen.

USCIRF Vice Chair Anurima Bhargava said hundreds have died in recent weeks as ISWAP "continues to inflict terror and target civilians based on their beliefs."

"We condemn this deplorable violence," she said.

In one attack this month, "suspected ISWAP fighters killed 81 people when they attacked Foduma Kolomaiya village in northeast Nigeria. ISWAP then claimed responsibility for twin attacks that killed 20 soldiers and more than 40 civilians in Borno State on June 13."

Boko Haram continues to hold Leah Sharibu, "an enslaved Christian teenager who has refused to deny her faith," she said.

Gilbert said the violence of the Fulani herdsmen initially was attributed to attempts to confiscate grazing land for their animals.

"However, because of ever-increasing evidence of carnage, outrageous brutality, and shouts of allahu akbar, the Fulanis’ jihadi intentions have been clearly exposed."

"Usually the killers are identified but not always. And unfortunately, no one really knows the precise numbers of Nigeria’s victims either, thanks to mass graves, torched villages, chaotic aftermaths, and disappearances. Still, the numbers we’ve seen are horrifying."

But there's been no improvement.

"As we watch and wait, we also need to fervently pray for spiritual intervention," Gilbert wrote. "Because the more time that passes, the deeper the darkness grows, and it threatens to decimate Nigeria’s Christian believers."