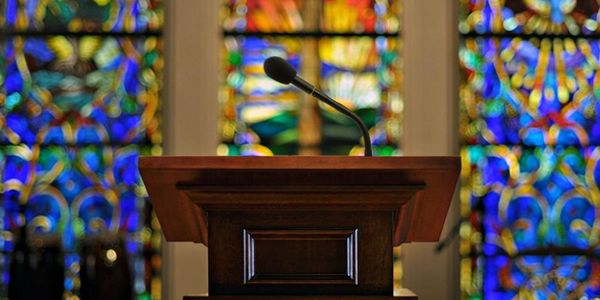 A new national survey of shows Christian congregations want a "fearless pulpit" in which their pastors speak out on moral and cultural issues, including persecution, sexual identity and abortion.

The "2020 National Pulpit Survey" by D. James Kennedy Ministries found 99% said it was "extremely important" for ministers to address religious liberty/persecution issues from the pulpit. The figure was 98% for abortion and 96% for issues of "sexual identity," including transgenderism and homosexuality.

"The results expose a hunger inside the church for pastors who will tackle tough topics – who will connect the dots between what the Bible teaches and what is happening in the world," said Frank Wright, president of D. James Kennedy Ministries.

But few pastors do that, the group found.

"Barna Research reports that more than 90 percent of theologically conservative pastors agree that Scripture addresses all aspects of life. Yet just 10 percent said they were willing to speak to issues like abortion, religious liberty, and sexual identity from the pulpit," the organization said.

Wright warned there are "grave consequences for silence from America's pulpits and inaction from the church."

"Look no further than today's headlines to see the clear and present danger," he said.

The write-in survey was sent to friends and supporters of the ministry.

On the issue of poverty, 88% said it was extremely important to hear the biblical perspective from the pulpit. It was 91% for "support of Israel" and 92% for "Christian heritage."

It was 90% for the role of government, 83% for church in politics/government and 88% for radical Islam.

The survey also asked the respondents if they know what the Bible says about various issues well enough to communicate it to others. Ninety percent said they know its teaching on abortion, 67% on religious liberty, 73% on poverty, 93% on sexual identity, 82% on support of Israel, 68% on Christian heritage, 69% on the role of government, 81% of church in politics and 60% on radical Islam.