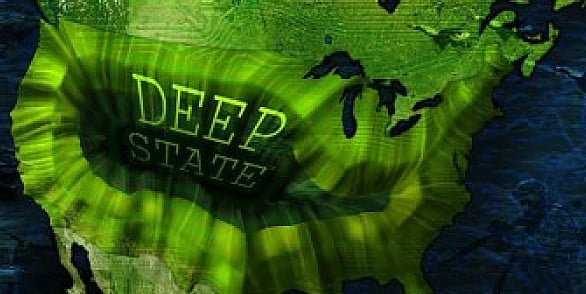 Political appointees are just that, appointees, and they can be removed from their jobs just about any time for any reason.

Civil service employees, however, are another matter. They have more job protections than just about anyone else in the country.

So it was a hit to the "deep state," the entrenched bureaucrats who wield immense power in the government, writing rules and imposing agendas, when a court released a recent decision.

It ruled an employee who maneuvers around some of the requirements of the civil service system to change jobs – from appointee to civil servant – can be fired.

According to report at Government Executive, Sen. Ron Johnson, R-Wis., had worked to prevent Obama administration political appointees from moving into civil service jobs following President Trump's election, in light of the likelihood they would be turned out.

The decision was from the Merit Systems Protection Board and the U.S. Court of Appeals for the Federal Circuit.

The report explained Edward Avalos, in 2016, was the Agriculture Department's undersecretary for marketing and regulator programs, an appointment in the Obama era.

He moved to a GS-15 job as the Housing and Urban Development Department's field office chief in Albuquerque.

He was hired there by Tammye Treviño, an appointee at HUD who formerly served with Avalos as a USDA appointee.

The report said: "The first posting for the field office vacancy yielded one certificate eligible candidate, a preference-eligible veteran. Instead of asking the Office of Personnel Management for a waiver to pass over that candidate, Treviño revised the vacancy announcement and Avalos reapplied. On second effort, Avalos was the only applicant to be deemed eligible. HUD did not ask OPM permission for Avalos' hiring, as is required in cases of burrowing in. When OPM flagged the improper hiring in 2017, HUD reviewed it and deemed it could not certify it 'met merit and fitness requirements' due to Treviño’s involvement."

So Avalos was fired and brought the court challenge.

"By evaluating whether Mr. Avalos’s appointment was free from political influence, HUD—concededly, at OPM’s urging—was trying to certify that its hiring process complied with merit systems principles. HUD’s legitimate interest in removing the appearance of political influence in Mr. Avalos’s appointment (and that further investigation could not entirely dispel) promotes the efficiency of the service by improving compliance with merit systems principles," the court said.

The Government Executive report noted, "Lawmakers have long sought to crack down on political appointees who burrow in, and congressional Republicans and the Trump administration placed particular emphasis on it following Obama’s presidency."

Former New Jersey Gov. Chris Christie, who worked on Donald Trump's transition, said in 2016 he would work to change civil service laws if needed to "root out any holdovers," the report explained.