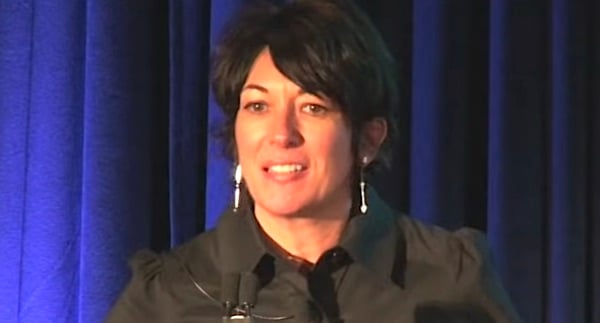 A trove of documents was made public as part of the legal case against Epstein associate Ghislaine Maxwell.

Fox News reported the court documents, including those from a civil case against Maxwell, could shed light on Maxwell's relationship with Epstein, whose death in a New York prison last year was ruled a suicide.

"The data include records of a 2011 meeting between accuser Virginia Giuffre and her lawyers where she talked about the powerful people in Epstein's orbit who she said either flew on his private Boeing 727 or stayed on his private island in the Caribbean," the report said.

One of the powerful people identified as being on the island was Bill Clinton.

Maxwell's lawyers had tried to stop the release of the papers, but the judge ordered them made public.

They include a conversation accuser Giuffre had with her lawyers:

Giuffre said she had asked Epstein about Clinton's presence on the island when she saw him.

"When you say you asked him why is Bill Clinton here, where was here?" a lawyer asked.

"On the island," Guiffre said.

"When you were present with Jeffrey Epstein and Bill Clinton on the island, who else was there?"

She replied: "Ghislaine, Emmy, and there was 2 young girls that I could identify. I never really knew them well anyways. It was just 2 girls from New York."

Guiffre said there were four or five villas on the island and "we all stayed in the villas."

Fox reported that during the conversations in Guiffre's lawsuit against Maxwell, the subject turned to Epstein's powerful friends.

She was asked if she remembered Epstein telling her that Clinton owed him "favors."

"Yes I do," she responded. "It was a laugh, though. He would laugh it off. You know, I remember asking Jeffrey 'What’s Bill Clinton doing here?' kind of thing, and he laughed it off and said, ‘Well, he owes me a favor.’ He never told me what favors they were. I never knew. I didn’t know if he was serious. It was just a joke."

Giuffre previously has said Clinton was on the island, but she has said she never saw him behaving inappropriately.

A Clinton spokesman insisted at that time that the statements were false.

Fox News reported: "Last year, Clinton's office issued a statement saying the former president had traveled aboard Epstein's private plane and briefly visited Epstein's New York City apartment -- but was always in the company of staff and Secret Service agents. Clinton also claimed to have had no knowledge of Epstein having pleaded guilty to sex crimes years ago in Florida."

Giuffre met Epstein while working at President Trump's Mar-a-Lago resort when she was 15, and Maxwell offered her extra money to give Epstein massages.

Maxwell is charged with six counts of sex trafficking involving minors from 1994 to 1997. She has pleaded not guilty, and the trial is set for July 2021. Laura Menninger, her attorney, called the indictment "meritless."

Just weeks ago, another witness reported seeing Clinton on Epstein's island, Little Saint James, even though Clinton has denied ever visiting there, according to a Netflix documentary called "Jeffrey Epstein: Filthy Rich."

Summit News reported Steve Scully, 70, a communications worker who was on the island periodically, claims he saw Clinton sitting with Epstein on the porch of the island's villa.

Scully did not witness Clinton taking part in any illegal activity, however, and says no other guests were present at the time.

He also claims other VIPs, such as Prince Andrew, were at the island, sometimes "naked and flanked by topless girls."

"You tell yourself that you didn’t know for sure and you never really saw anything, but that’s all just rationalization," Scully said in the documentary.

There have been many images released on Clinton with Epstein's retinue.

One shows him with his arms around Chauntae Davies, who has claimed to be Epstein's "personal masseuse," and another shows the former president on the steps of Epstein's private jet. The plane was allegedly the site of sexual relations with underage women. Flights logs indicate Clinton made 26 flights on the "Lolita Express."