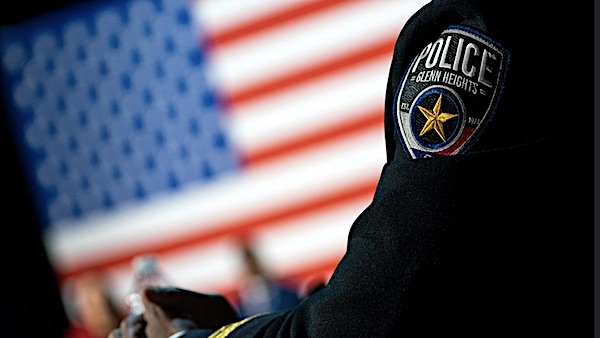 Seeking to defund the police department by 50% in the name of racial justice, the Seattle City Council finds itself in a bind.

The problem is that the slashing of the budget would require firing police officers according to seniority, and many of the junior officers who would be let go are black.

Constitutional scholar Jonathan Turley thinks federal courts would not agree with that kind of discrimination.

He pointed out in a column in his website that the late black Supreme Court Justice Thurgood Marshall insisted that such racial discrimination is "unlawful and evil regardless of the race you want to disenfranchise or discriminate against."

Already, Seattle's black police chief, Carmen Best, has released a video calling the plan of Herbold and others "completely reckless."

In a letter to Mayor Jenny Durkan, Best warned that dramatic cuts would require the layoff of hundreds of officers, including many minority officers.

'It is unlawful to discriminate'

Herbold contends her plan would be legal, despite the prohibitions under Title VII of the Civil Rights Act of 1964.

The Equal Employment Opportunity Commission on its website: "It is unlawful to discriminate against any employee or applicant for employment because of race or color in regard to hiring, termination, promotion, compensation, job training, or any other term, condition, or privilege of employment."

Turley said it's clear Herbold's plan is unconstitutional, but what concerns him is that it clearly has supporters.

Turley concluded: "That is clearly not the plan of Herbold and any of her colleagues who want to fire officers based on their race."