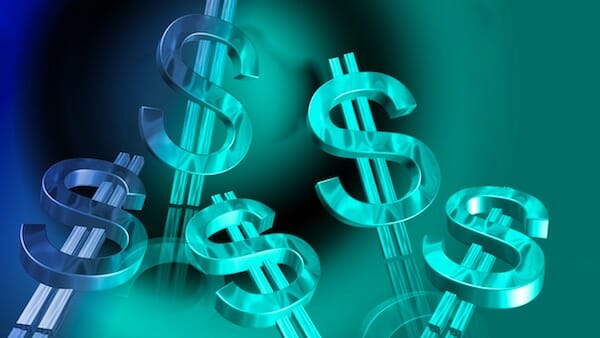 A prominent Democratic activist says his party and its presumptive presidential nominee must "knock down" President Trump's "last line of defense," the economy.

Bradley Beychok, co-founder of the Democratic super PAC American Bridge 21st Century, wrote in a USA Today opinion column that Democrats must "show voters that Trump's handling of COVID-19 led to the recession and economic devastation in their local communities."

"Among the swing voters who will help decide this election, President Trump still maintains a significant advantage over presumptive Democratic nominee Joe Biden on the question of who is best suited to lead America out of this economic crisis," he acknowledged.

"If we want to ensure that Trump does not win a second term, we need to cut off the last leg of his reelection bid. It’s the economy, Democrats."

He conceded that Trump had the economy "roaring" before COVID-19.

Beychok noted that among the undecided white working class voters in the upper Midwest that his PAC polled in a survey, "the No. 1 issue determining their vote is who would best steer the country through an economic crisis."

"On that issue, they choose Trump by a significant margin. It is our job, as Democrats, to show these voters that his disastrous handling of the virus led to the deep national recession and economic devastation in their local communities — and that he is unable to provide the leadership to bring our economy back."

He said his organization's goal is "weakening Trump's standing on economic issues by relentlessly attacking his egregious record and hammering home the fact that his disastrous leadership has led us into a recession."

Rick Manning of Americans for Limited Government pointed out recently in a commentary in the Ceres Courier that Democrats "are worried that America will recover too rapidly from the government inducted depression."

"Incredibly, Team Obama are actually rooting against more than 30 million Americans finding a job and restarting their lives and being able to chase their dreams as the shutdowns end around the country. Team Obama actively is celebrating empty store fronts, corporate bankruptcies and the harm done to our nation’s tourism industry and all those who work at hotels, rental car agencies, airlines, taxis, and entertainment facilities. And Team Obama fears that America will get back to work, because it might help President Trump’s re-election bid," he wrote.

"It is beyond disgusting that the quest for power so overrides every consideration that the left would rather have tens of millions of Americans unemployed and dependent upon the largesse they hand out, than to see the economy rebound from this unprecedented Chinese-originated virus driven unemployment catastrophe. Words suitable for print are not available to convey how any right thinking American must feel when confronted by the reality that the dreams of 30 million people are seen as little more than a necessary price to pay in order to gain power and push their big government agenda."

Beychok said, "Trump still has one final card to play, and complacency can be the grim reaper of even the most powerful political movements. Democrats, now is the time to double down and cement Trump’s defeat by destroying his standing on the economy.

"Right now, President Trump may be swimming at the bottom of the well, but to loosely paraphrase my good friend James Carville, when your opponent is drowning, you throw them an anvil."