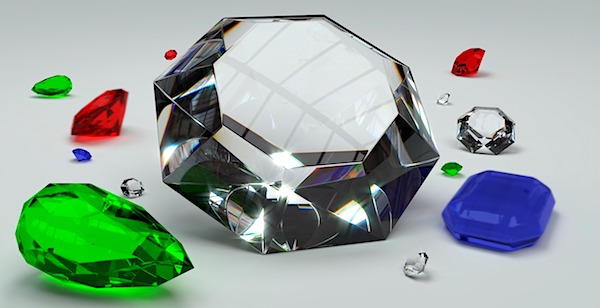 A lawsuit has been filed in federal court in Montana by Roncor Inc., a company that owns and runs some of the state's sapphire-producing mining properties.

It seeks millions of dollars in damages, alleging that a competitor who owned an adjacent piece of land dug a tunnel under Roncor's mine and made off with an unknown quantity of prize sapphires.

The filing from just days ago was posted only by Courthouse News.

It seeks an order stopping any trespass as well as an amount of money to be determined at trial to compensate Roncor for the value of the gems as well as punitive damages.

"This action results from a longstanding and widespread conspiratorial enterprise engaged in by defendants to dig an underground tunnel into plaintiff's property, steal sapphires therefrom, and then seeking to wrongfully profit from this conduct by selling them on the international market causing plaintiff millions in damages," the complaint alleges.

Roncor's properties, including the historic American Mine, are near Utica, Montana. The vortex Mine, owned by defendants, is adjacent.

A "business associate" had informed Roncor of the "illegal mining and trespassing" in the course of describing to the company the accidental death of "Mr. Roberts" in a rock fall on Roncor property in 2012.

That information reached Roncor only last year, the complaint said.

In fact, a Mine Safety and Health Administration report prepared on the accident confirmed the accident was on the 250 level "and it was on a 500' long heading, which confirms Mr. Roberts was trespassing on Roncor's patented claim," the filing states.

The area where the accident happened "was directly below plaintiff's American Mine and was on Roncor's property."

The case also alleges Roberts or others plugged the American shaft and collapsed the Kunisaki tunnel, while "several million" dollars in sapphires were extracted.