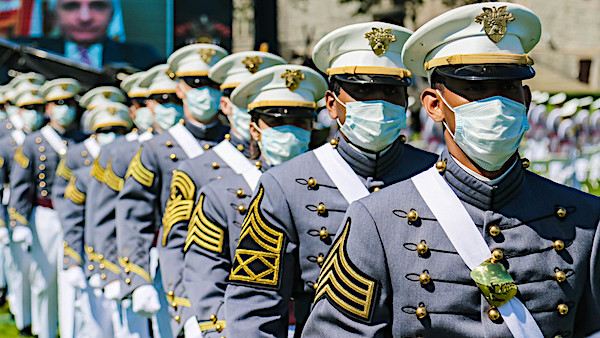 Governors in border states where positive tests for COVID-19 are surging are mistakenly reimplementing damaging lockdowns and mask-wearing orders while an effective and less intrusive method is available, contends the Association of American Physicians and Surgeons.

The group pointed to new restrictions by Govs. Doug Ducey of Arizona, Greg Abbott of Texas and Gavin Newsom of California on struggling small businesses.

"These measures will destroy livelihoods, but there is little evidence that they will save lives," AAPS said.

The physicians said a "better, evidence-based approach would be to protect the people most at risk of exposure and infection despite protective gear," referring to medical and dental workers along with law enforcement, first responders, factory workers, truck drivers, clergy and others who serve the public.

Pointing to the response to HIV/AIDS, the group noted that while there is still no vaccine, people who might be exposed to HIV are offered post-exposure or pre-exposure prophylaxis with antiviral drugs.

They cited the recently published, peer-reviewed study from India showing that the anti-malaria drug hydroxychloroquine is being used safely and effectively to prevent COVID-19 in exposed workers.

Yet while policemen and others in India may choose to take hydroxychloroquine for prophylaxis, Arizona's Gov. Ducey issued an executive order specifically prohibiting its prophylactic use.

Hydroxychloroquine is an FDA-approved medicine, used commonly for malaria and autoimmune diseases such as rheumatoid arthritis, and physicians have the authority to prescribe it for other indications, the group argued.

Yet most states have imposed unprecedented restrictions on physicians and pharmacists who prescribe or dispense it for COVID-19.

A peer-reviewed study by the Henry Ford Health System released just before the Fouth of July holiday showed hydroxychloroquine cut the COVID-19 death rate in hospitalized patients by half.

There are now 53 studies -- 33 peer-reviewed -- on hydroxychloroquine and COVID-19, almost all with favorable results, AAPS pointed out.

The doctors argue the very few negative studies were meaningless because the treatment was applied too late to expect a positive result.

"To prevent sickness, hospitalization, death and likely long-term health problems in COVID-19 survivors, governors must immediately remove all restrictions on HCQ use for pre- or post-exposure prophylaxis or treatment of HCQ. Doctors must be allowed to practice medicine," AAPS said.