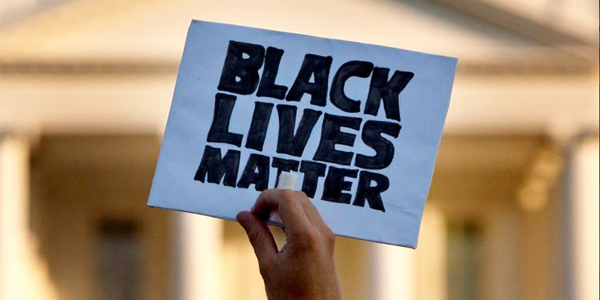 As we approach this Fourth of July, the United States is consumed by reckless violence, nihilistic silencing, and a systematic assault on the nation’s cultural and political patrimony. The voices of sanity are few, and civic courage is in short supply. The exemplars of such courage in the Anglo-American tradition — Washington, Lincoln, U.S. Grant, Teddy Roosevelt, and Winston Churchill — are under assault from angry extremists who topple statues with impunity and demand absolute conformity. Government at every level appears impotent as indignant fanatics rule the streets. We have arrived at the unthinkable: “America’s Jacobin moment,” as an editorial in the Wall Street Journal aptly put it. What has happened to our republic?

Our talking heads, the so-called “chattering classes,” pretend that this eruption of insanity has something to do with the quest for racial justice. That could not be further from the truth. Black Lives Matter — the movement, not the slogan — is in fact a racialist and ideological organization that denies common humanity and a morality applicable to all human beings. Professed enemies of decency and restraint, these Maoists and para-Marxists demonize all white people and anyone of any race or religion who challenges their bizarre and fanatical worldview, as well as the police (whose immediate abolition they demand). Of course, they do not believe that all black lives matter: Those black people, including children, cut down by urban violence in Chicago or Baltimore every weekend, or aborted at higher numbers than they are born in New York City, don’t pass ideological muster. Black lives matter, of course, because all lives matter, but that elementary truth is now verboten.  All races are equal, but in BLM’s universe, some are more equal than others. This is a recipe for hatred and perpetual social conflict.

To affirm the moral law, the natural law, the spirit of the Ten Commandments, the true ground of all human dignity, is now said to be an indelible mark of racism. The mob dictates, and subservient elites shamelessly comply. We are witnessing nothing less than a Cultural Revolution marked by voluntary servitude or self-enslavement. American democracy risks committing suicide. Things are just that stark. And our pusillanimous cultural elites risk plunging us off the cliff like the “Gadarene swine” described in Scripture, but with the demons in charge rather than exorcised.

True democracy presupposes mutual accountability and mutual respect. Our greatest and most noble president, Abraham Lincoln, “loathed slavery,” as Frederick Douglass, the greatest black American of the 19th century, rightly said. “As I would not be a slave, so I would not be a master,” Lincoln wrote in a note to himself in August 1858. This, he said, “expresses my idea of democracy.” And in his Gettysburg Address of November 1863, he called for a “new birth of freedom” that would bring black Americans fully into the American civic community. Lincoln knew that proud black men had spilled their blood for the Union and liberty and that Americans owed them honor and due respect for their sacrifices on behalf of the republic. As Douglass said in his dedication to the Freedmen’s Monument in Washington, D.C., in April 1876 — a statue dedicated by former slaves in memory of Lincoln — one must show gratitude and appreciation to those “loyal, brave, and patriotic” black soldiers who “fell in defense of the Union and liberty.” Both they and Lincoln died at the service of a republic worthy of free men and women, one where citizens shared in rule and were neither masters nor slaves. We should be proud of that shared civic legacy, that mutual struggle for liberty and human dignity.

But now even the Freedmen’s Monument is threatened by a mob of angry thugs. These “Bourgeois Bolsheviks,” as The American Conservative recently described them, despise the mutual accountability and respect for law that undergirds true liberty and equality. They mock the greatness of Lincoln and Douglass. They are defined by ignorance, ingratitude, and envy. Their ignoble “passion for equality,” as Tocqueville called it, is a grotesque perversion of the noble moral and civic equality that underlies the American proposition. This desire to tear down, to destroy and repudiate the patrimony of our fathers, is incompatible with civilized existence.

It is time to reopen Dostoevsky’s “Demons,” the most penetrating exposé of modern nihilism ever written. Even in the early 1870s, Dostoevsky exposed the spirit of pure destruction that could only pull down and never build anything worthy of human beings. The revolutionaries portrayed in his pages promise to cut off Cicero’s tongue and poke out Shakespeare’s eyes, to the applause of an educated society that fawned before fashionable barbarism. Dostoevsky, in his most prescient and prophetic mode, predicted that 100 million people would perish if such nihilists and fanatics ever came to power. It was given to that great soul to see many things, as another great Russian writer once observed.

Now is a time for Lincolnian and Churchillian fortitude. Let us reject the path of nihilism and hate and renew our own civilized patrimony and our noble civic tradition. Nothing less than the survival of republican self-government is at stake. If we are to renew our commitment to racial justice and civic reconciliation, we must take our bearings from the best of the Western and American traditions.  Freedom has died many times in history; let us not witness new death pangs on the anniversary of its birth.

Daniel J. Mahoney holds the Augustine Chair in Distinguished Scholarship at Assumption University. He has written numerous books, essays, and reviews on statesmanship, religion and politics, totalitarianism, European and American politics, and the history of political thought.