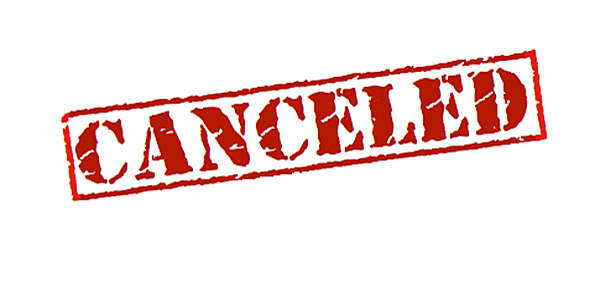 Announcing they will ban any posts that promote so-called gay "conversion therapy," Facebook and its subsidiary Instagram effectively are "canceling" groups that help people struggling with unwanted same-sex attractions.

The July 10 announcement got the attention of the left-leaning Media Matters, which already has presented a list of groups it thinks the social media platforms should banish altogether.

Among them are the Restored Hope Network, a coalition of local Christian ministries, pastors and counselors that broke off from Exodus International in 2012.

"We're trying to keep the door open," said the network's founder, Anne Paulk, in an interview with WND.

"It is a 2 billion-person platform," she said of Facebook, "so to exclude our voice there would harm our network, it's ability to communicate with itself and with others."

A majority of people who come to Restored Hope's website seeking help come via Facebook, she noted. 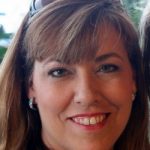 "What they are really trying to do is silence voices that disagree with the cause to only affirm LGBT desires," she said. "That's the only option you'd ever have, even for a person who doesn't want to embrace homosexuality.

"The only option given is simply to embrace those feelings," she said.

Paulk noted Facebook already has banned a British non-profit Christian group called Core Issues Trust, which said it received death threats and had its bank accounts shut down after a "mob rule" campaign by LGBTQ activists.

The British group, which says it helps people who voluntarily seek change in sexual preference and expression, was targeted at the end of June as the U.K. considered a ban on "conversion therapy," Fox News reported.

Paulk's network, like Core Issues Trust, rejects the term "conversion therapy." She describes it as "an ideological term used by the GLBTQ activist community and their supporters who seek to link compassionate spiritual care and talk therapy with horrible, clearly disreputable practices."

Mike Davidson, CEO of Core Issues Trust, said LGBTQ activists link "conversion therapy" to extreme therapies such as electroshock and "corrective" rape, which long have been abandoned and outlawed.

A total of 20 U.S. states, Puerto Rico and 74 municipalities ban "conversion therapy" for minors, and the District of Columbia also bans it for adults.

"It's all about the government dictating belief to the church," Paulk told WND. "If you can gather how that might impact things far beyond sexuality, this is dangerous."

She discussed the background of her organization and its mission in an interview with WND in February 2019.

CNN reported Facebook and Instagram "will also stop recommending content related to conversion therapy, such as testimonials to its efficacy or posts in praise of or in support of the practice, except those in a legislative context."

"We don't allow attacks against people based on sexual orientation or gender identity and are updating our policies to ban the promotion of conversion therapy services."

Paulk said LGBT activists are doing a "bait and switch," claiming harm from stories that can't be corroborated and then "they essentially say the belief that homosexuality is sinful is dangerous, it is violence."

She said the strategy has been to go after the counselors because it was more difficult to restrict pastors.

Media Matters wrote: "If Facebook is serious about enforcing its new rule, announced July 10, it should begin by removing these three pages that regularly promote conversion therapy in posts and falsely suggest that it is effective: Voice of the Voiceless, Restored Hope Network, and International Federation for Therapeutic and Counselling Choice."

It described "conversion therapy" as "a harmful practice that seeks to change the sexual orientation or gender identity of LGBTQ people."

It was created by a gay member of the American Psychological Association named Douglas Haldeman in the 1990s, she pointed out.

"So they actually created a term and labeled a bunch of people with it," she said. "It's essentially a straw man argument that can become anything they want, from praying with someone, to talking with them, to encouraging them to abstain from homosexual behavior."

But Paulk said she and her colleagues do agree with the concept of "transformation of an individual."

"We believe in regeneration of a human being, we believe in new life for a person who's given his life to Christ," she said. "We have no trouble with biblical language that's been around for thousands and thousands of years that is very well understood and define."

Conversion therapy, on the other hand, is an "illusory, smoke and mirrors term."

Paulk said she wants to alert the church to the deceptive language of activists "because it's the curtain in which they are trying to control the theology and beliefs and practice of the church."

She warned that it won't stop at homosexuality or even sexuality.

"If they can dictate to the church in one area, they will most certainly dictate in other areas they find uncomfortable, such as Jesus is the one way to the Father, or he rose from the dead."