On Friday, Jim Ryun, 73, received his Presidential Medal of Freedom (PMF), the nation's highest civilian honor, from President Trump at the White House. He earned it by being an all-around great American, sportsman and culture warrior who has lived his life passionate for God, country and sports. 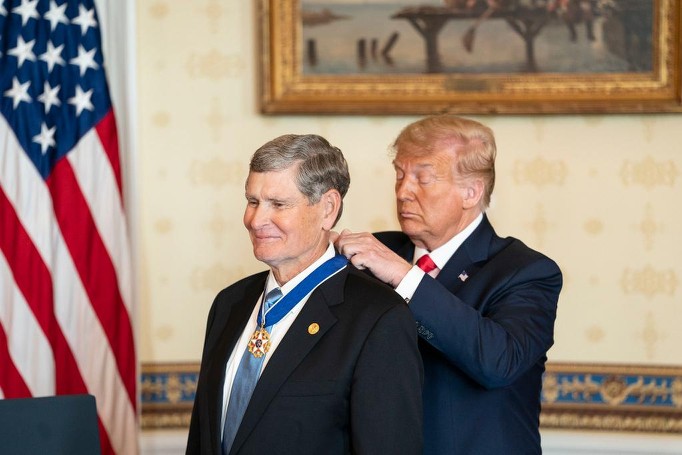 According to the White House website, PMF's are given to "to individuals who have made especially meritorious contributions to the security or national interests of the United States, to world peace, or to cultural or other significant public or private endeavors."

Ryun is certainly worthy of that description. Let me explain.

Jim was raised in a middle-class family in Wichita, Kansas. He had always been competitive, but that didn't mean life or victories came easy. As a youth, he wanted to play baseball, but he couldn't make the cut. He explained to Risen Magazine, "I went from the outfield, to the infield, to the bench, and then I was cut. And that was the church baseball team!"

Ryun was tall and slender, so he thought he would try out for the basketball team. He explained that went even worse than baseball: "Halfway through the first practice, the coach told me he wanted to meet me in his office afterwards. He asked me to turn in my jersey because he had seen enough and I was done."

Even his attempts at track and field were big failures, but he learned some of his biggest lessons in life through those.

Again, Ryun explained: "So I began as a hurdler until I was cut there and then I became a sprinter. I was a sprinter until I got cut from that team, and then I became a pole vaulter. I continued with that strategy for three years without ever being on a team! However, failure is a valuable teacher. If I hadn't failed in those earlier sports efforts, I could have become a mediocre baseball or basketball player, but God had bigger plans. The experiences in our lives help us to understand where He wants us to go."

ASipOfSports.com reported that Ryun got so desperate that he called on divine guidance: "Dear God, if you've got a plan for my life, I'd appreciate it if you'd show up sooner or later, because it's not really going very well."

Ryun said that he prayed that prayer every night for months. That's when he discovered destiny on the cross-country team. He said, "Just my simple prayer allowed God to show up in a big way."

Fifty-four years ago, the world got to know Jim when he became the first U.S. high schooler to run a mile under four minutes. He followed that by holding an eight-year world-record for the mile and becoming an Olympic silver medalist. He actually became a three-time Olympian holding five world records. 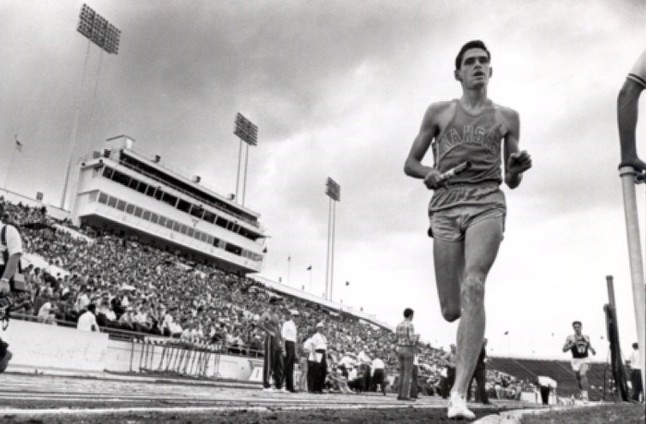 ESPN recently published a list of the greatest high school athletes in American history, and guess who beat LeBron James and Tiger Woods? James was No. 3.Woods was No. 2. Ryun was No. 1. 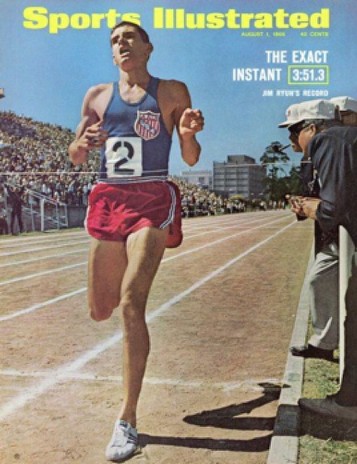 Ryun's caring and competitive spirit eventually led him into politics, where he served the great people of Kansas as a five-term U.S. congressman.

He had always fought for others and never shied away from controversy, especially when it was for an issue about which he had strong convictions and wanted to make a difference.

For example, while serving on the Armed Services Committee, he helped stop a bill that would have transformed military hospitals into abortion clinics too. Like my wife, Gena, and me, Ryun believes that life in the womb is every bit human. As a governing official, he needed to fight for and protect humanity in the womb and its right for life, liberty and the pursuit of happiness.

In the U.S. House of Representatives, when told he should keep his Christian faith out of politics, he responded this way: "There has always been a misconception as to the role of pastor, religion and politics. I believe they are very much intertwined. I would go back to the Old Testament; Ezra, Nehemiah and others. They were very involved in politics. They were Jewish, concerned about their heritage and their future. They ended up doing some amazing things like rebuilding the walls of Jerusalem. The biblical examples are numerous and provide a wonderful blueprint. In our own country's history, we have the Black Robed Regiment [pre-Revolutionary War pastors who informed their congregations about the biblical basis for their fight against England]. So, there is an opportunity not only to impact the current culture, but the future as well. When people would say to us, 'Christians do not belong in politics,' we would ask, 'Why?' They'd say, 'Because it's an awful place!' Well, what better place to be salt and light?"

No doubt what makes Ryun a great American is not only his fight for freedom and his Christian faith but also his family. Outside of God, family is his bedrock. His four children (Heather, Catherine, Ned and Drew – with whom he has written three books) have now given his beloved wife, Anne, and him 13 amazing grandchildren. 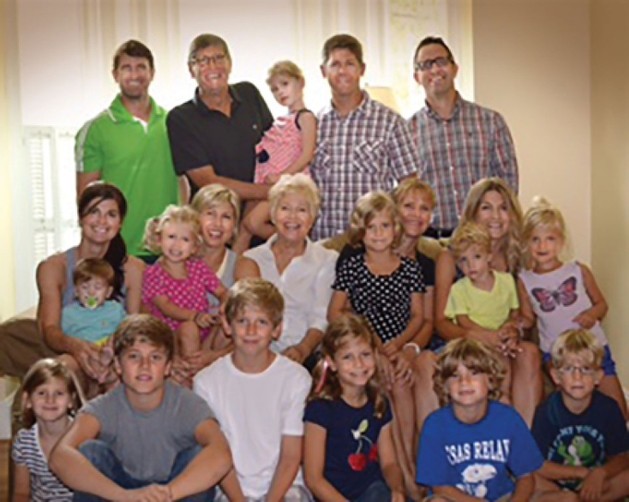 With his family present, President Trump gave Jim these accolades at the White House before bestowing the PMF award: "He's a giant of American athletics and dedicated public servant and a man of charity, generosity and faith. He's a great man, actually. Jim, thank you so much for your unfailing devotion to our country."

When Jim hit the podium, he returned the praise for our president's patriotism: "In a day and age when many think it's appropriate to dishonor our flag, I will tell you, it is one of the greatest honors and privileges of my life to represent this amazing country and to wear the stars and stripes on my chest while racing in the 60s and 70s," Ryun said. "There was such pride and love of country, and I cannot tell you, Mr. President, how much I appreciate your full-throated championing of this great country."

About being the recipient of the PMF, Jim explained to NBC Sports: "I'm very humbled that I was even considered. One of the things that's really special about it, too, is that I'm getting it while I'm alive. Sometimes these are awarded after you're dead."

At 73, Ryun still gets out for a jog two or three times a week, but it's not quite the speed when he was breaking the four-minute mile.

He said, "But you can't really call it running anymore. It's so slow. It's certainly not very fast. It used to be four-minute miles. I'm not even sure I could do a four-minute half-mile now."

One thing is for sure: Ryun's place in the human race was destined for the fast track of success. Well done, Jim! Well done! You're an inspiration to us all!