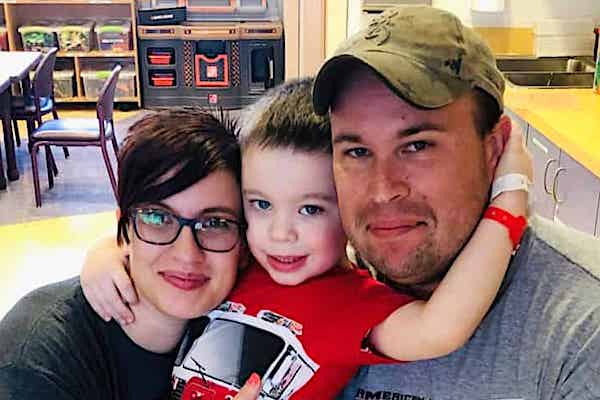 A campaign that successfully returned a 4-year-old boy to his family in Texas after the Child Protective Service's claims of child abuse were rejected by the state Supreme Court has been reactivated.

This time it's because the CPS has placed the family of Drake Pardo on its Child Abuse Registry despite the fact there is no evidence of abuse, according to the Texas Home School Coalition.

The CPS dismissed the case against the Pardo family in December 2019 and the Texas Supreme Court ordered that Drake be returned home.

Now, the CPS has decided unilaterally, with no judicial oversight, to place the family on the abuse list.

Once on the registry, the homeschool group pointed out, "a family’s designation as a 'child abuser' stays on their record, shows up on background checks, and can prevent the family from obtaining employment or even volunteering at their child’s school and church activities."

"The family’s legal team is now appealing to the Office of Consumer Relations an office within CPS tasked with reviewing appeals, asking that the family be immediately removed from the registry," the coalition said.

On its petition page, the coalition points out that CPS now alleges there is "reason to believe" the family was medically neglecting Drake.

But the coalition said CPS during six months of courtroom battles was "unable to prove a single accusation" in the case, and the agency confirmed it trusted the family's decision-making process for Drake.

WND reported the original accusation that the family was giving the child unnecessary medical care came from a doctor the family had fired.

Ashley and Daniel Pardo had been accused by the CPS of insisting on medical care even though they pointed out all his care "has been prescribed by his attending physicians."

Eventually, 32 legislators and organizations signed briefs with the Supreme Court of Texas requesting immediate intervention to protect the family. The Texas solicitor general filed a brief supporting the family, the Pardos' supporters said.

The homeschool group previously warned of the impact of the state agency's actions.

"The Pardo family was dragged through court on baseless accusations for five months. It took more than $120,000 and countless hours from an entire team of experts to defend the family against CPS’s abusive actions," said THSC.

The Texan reported the dispute developed when a doctor who had been advising the family about Drake's lifelong health issues allegedly refused to visit him while he was in the hospital.

The family "fired him and chose to see another doctor in the same hospital," The Texan reported. "The doctor who was fired brought a concern to the hospital’s child abuse pediatrician that the Pardos were doctor-shopping.

"Subsequently, the child abuse pediatrician brought the complaints to CPS and said that she wanted Drake to be admitted to the hospital on Monday, June 10 to be evaluated so that they could determine if the parents were seeking unnecessary help or not. The CPS caseworker assigned to the case attempted to visit the family at their home on Friday, June 7, but missed them while they were out and left a business card on the door. Later that day, Ashley called the caseworker, who arranged to meet with them on the following Monday, but did not tell them what accusations were being made against them or that the child abuse pediatrician wanted to evaluate Drake."