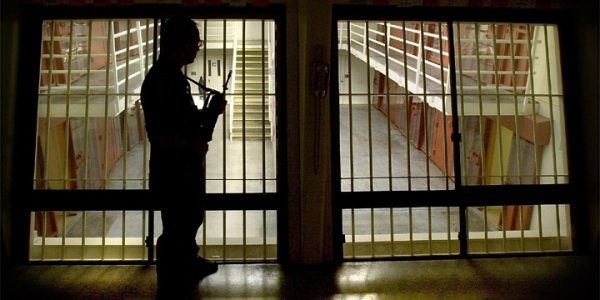 One suspected MS-13 member has been charged with terrorism, another faces the death penalty and other reported gang leaders face charges of kidnapping, murder and racketeering, the Department of Justice announced Wednesday.

The investigation and indictments targeted leaders of the MS-13, and represent the first time a member of the organization has been charged with terrorism, according to a DOJ press release.

“In 2017, the President directed the Department of Justice to go to war against MS-13, and we did just that,” Republican Attorney General William Barr said in a statement Wednesday. “In coordination with our partners at the Department of Homeland Security, the Justice Department’s law enforcement components have successfully investigated, charged, and arrested command and control elements of MS-13 responsible for murder,” Barr said.

Eight MS-13 members were indicted on charges of Racketeer Influenced and Corrupt Organization and Violent Crimes in Aid of Racketeering in connection with six murders, two attempted murders, kidnapping, firearms offenses and narcotics in the Eastern District of New York, according to the DOJ.

Melgar Diaz of the Eastern District of Virginia is the first MS-13 member to be charged with terrorism, the DOJ said.

The #FBI joins our partners in announcing cases that have stemmed from Joint Task Force Vulcan, including an indictment charging an MS-13 member with terrorism-related offenses and a takedown of the leadership of a Hollywood clique of MS-13. https://t.co/49C9qGYQq7

The DOJ also announced that it will seek the death penalty for MS-13 member Alexi Saenz after he was indicted in 2017 for seven murders in the Eastern District of New York. Two of the murders were committed with a machete and baseball bat, the DOJ said.

Thirteen MS-13 members were indicted on charges of Continuing Criminal Enterprise, weapons and narcotics distribution in the District of Nevada, according to the DOJ. Among the members indicted were leaders of the “Hollywood Locos” and “Los Angeles Program,” the DOJ said.

“MS-13 is a violent transnational criminal organization, whose criminal activities respect no boundaries,” Joint Task Force Vulcan Director John Durham said in a statement. “The only way to defeat MS-13 is by targeting the organization as a whole, focusing on the leadership structure, and deploying a whole-of-government approach against a common enemy.”

The Joint Task Force Vulcan was created in August 2019 with the goal of dismantling MS-13, according to the DOJ. President Donald Trump directed the government to “coordinate a whole-of-government approach to dismantle transnational criminal organizations, such as MS-13, and restore safety for the American people,” in a 2017 executive order.

The task force coordinated with foreign law enforcement and agencies across the U.S., according to the DOJ.