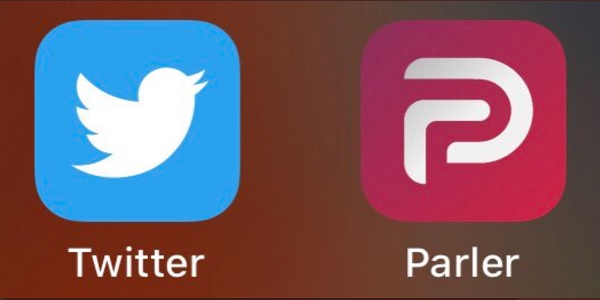 Contending that Twitter is "systematically engaged in the disparate treatment of political speech," Republican members of Congress are demanding that CEO Jack Dorsey explain his social media company's behavior.

"While Twitter has sought to silence conservative voices, including the president of the United States, on its platform, Twitter has allowed violent extremists to use its platform with apparent impunity," they wrote in a letter to Dorsey.

It was signed by House Judiciary Committee ranking member Rep. Jim Jordan of Ohio and James Sensenbrenner of Wisconsin, the ranking member of the Subcommittee on Antitrust, Commercial and Administrative Law.

They asked Dorsey to provide an accounting of "all content moderation decisions made by Twitter over the past year for users located within the United States."

The lawmakers also want documents and communications regarding Twitter's decision to "fact check" President Trump's May 26 statements about mail-in ballots.

And they seek "all documents and communications referring or relating to Twitter's decision to apply a notation asserting the President Trump's June 23, 2020, tweet concerning an autonomous zone in Washington, D.C., violated Twitter's policy against abusive behavior and threats of harm against an identifiable group."

The congressmen point out Twitter is a leader in online social networking but is moving toward exerting "editorial control" over statements on the platform.

But the company, controlled by the left-leaning Dorsey, "has not taken similar actions for similar accounts of prominent liberal users."

"Recent actions," they wrote, "suggest that Twitter is increasingly discriminating against conservative voices on its platform. For instance, Twitter applied a 'fact check' notice to President Trump's tweet regarding absentee balloting, suggesting that the president's tweet contained potentially misleading information and directing users to additional Twitter-curated content concerning the subject."

But the "fact check" was "misleading," and the additional information "merely repeated liberal talking points about ballot fraud."

The truth is that even the bipartisan Commission on Federal Election Reform confirmed absentee ballots are a "large source of potential voter fraud."

Further was Twitter labeling as "abusive behavior" Trump's tweet vowing to take action on the autonomous zone in Seattle if the mayor did not act.

"The president's tweet, which did not threaten any harm, simply promised law and order in the face of anarchical violence," the congressmen pointed out. "On the day of the president's tweet, approximately 300 protesters attacked a statue of President Andrew Jackson across from the White House with 'hammers, chisels, and muriatic acid,' leaving four District of Columbia Metropolitan police officers and two United States Park Police officers injured."

They point to Ayatollah Ali Khamenei, the supreme leader of Iran, tweeting in 2014 that the "barbaric, wolflike [sic] & infanticidal regime of #Israel which spares no crime has no cure but to be annihilated."

"Any reasonable person would agree that these anti-Semitic tweets advocating for the genocide of an entire nation violate Twitter's police against hateful conduct," the congressmen said.

Twitter also has "accidentally" censored pro-life and other conservatives, they said.

Then, too, are the opinions of the company's executive, who has compared presidential adviser Kellyanne Conway to "Nazi propogandist Joseph Goebbels."

Just the News reported the congressmen also wrote to John Matze, CEO of the new Twitter competitor Parler, inviting him to provide his perspective.

The congressmen pointed out Parler's "stark contrast" with Twitter.

Parler declares it is committed to not "censor or editorialize, share or sell user data."

"This commitment," the congressmen wrote, "positions Parler in stark contrast to Twitter, which has made increasingly clear in recent weeks and months that only users who refrain from expressing certain unfavored political beliefs are welcome to fully participate on its platform."