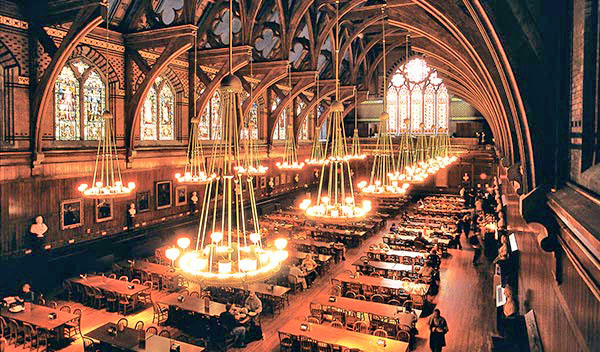 Officials with the Foundation for Individual Rights in Education are declaring victory in a fight with Harvard over its decision to attack – and blacklist – members of independent, single-sex, off-campus organizations.

Members of groups such as sororities, fraternities and others were banned from even applying for Harvard Fellowships or Rhodes and Marshall scholarships – and also were banned from being leaders in campus organizations or athletic teams.

The university's plan allegedly was to encourage "inclusion" and focus on "deeply rooted gender issues."

But according to FIRE, the impact was that it gutted students' rights to free association.

Now that policy has been abandoned by the school.

The organization said Harvard President Lawrence Bacow has announced to the school community that "prevailing interpretation of federal law" prompted the school to drop it.

Bacow explained the school had failed its in effort to get the case dropped.

That means, "the policy will no longer be enforced," he wrote.

FIRE described the university's adoption of the policy several years ago "a stunning attack on freedom of association."

"Harvard’s effort to crush one of America’s most fundamental freedoms for its students failed in the court of public opinion and was failing in the court of law," said FIRE Executive Director Robert Shibley. "Harvard squandered time, resources, and most of all its credibility defending its indefensible blacklist policy. While this ‘Crimson Scare’ is finally over, lasting damage has been done to many cherished men’s and women’s groups that either shut down or were muscled into changing their policies against their wishes."

The school had forbidden students who were in single-sex social groups from a variety of opportunities they otherwise would be eligible to seek.

FIRE explained, "All along, the policy, and the official messaging surrounding it, was rife with double-standards and other shenanigans. At one point, the policy’s architect, Dean of Harvard College Rakesh Khurana, appointed himself to lead the policy’s oversight committee and, when the policy received only seven votes from the 27-member committee, Khurana decided to implement the policy anyway. There was also the snuffing out of an early faculty motion opposing the policy, an exemption for student newspaper The Harvard Crimson, and even a hush-hush suggestion to a single-sex female club that they could remain so — as long as they lied about being single-sex."

"Although Harvard implemented this policy under intense secrecy, it’s no secret that other universities look to Harvard as an example,” said Ryne Weiss, FIRE executive assistant and chief research officer to the president. “Our sincere hope is that other universities will look to Harvard’s abject failure to implement this misguided policy, and think twice before launching a similar attack on their students’ fundamental rights."