It's been said that one man's trash is another man's treasure. Well, this is one time where trash transformed a teen into the treasure of the American dream.

As so many Americans fight for racial equality through legislation and defunding police, I discovered a young black man who showed a better way. He fought a host of life's adversities and worked his way from being a garbage man to a Harvard man. His story is guaranteed to inspire you and others you share it with.

Rehan Stanton of Bowie, Maryland, grew up in a single-parent home. He was only 8 years old when he described his mom's departure from their home to FOX6 Milwaukee News: "She left in a pretty horrible way. She just disappeared and never came back."

Stanton went on to explain: "My dad got laid off not long after she left. My dad had to work between two and three jobs to make ends meet and even then, sometimes we didn't have food in the fridge. No electricity, HVAC was broken, and it got really cold during the winter. At night I had to wear a coat." 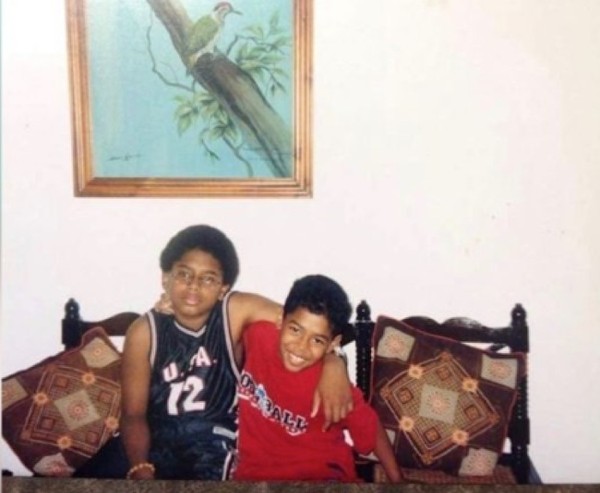 Rehan and his brother, Reggie, at a young age

Family struggles obviously affected Rehan's spirit and even his studies. After receiving poor grades in middle school, one of his teachers put him in remedial classes, which are those courses used to build up one's aptitude in order to join other students in normal classes.

FOX6 reported, "Stanton admits he was a bit of a troublemaker in high school, and again, his grades began to slip. His one solace was training with his brother during the summers to eventually get a boxing scholarship at a university. But those dreams were dashed when he got a stomach ailment that rendered him immobile and unable to keep any food down. His training came to a halt, and he left high school with a poor grade point average."

Rehan vowed to get better, particular so he and his brother, Reggie, could continue their martial arts and boxing training. When he was healthier, they were even able to secure a well-respected trainer that had worked with two Olympic gold medalists. 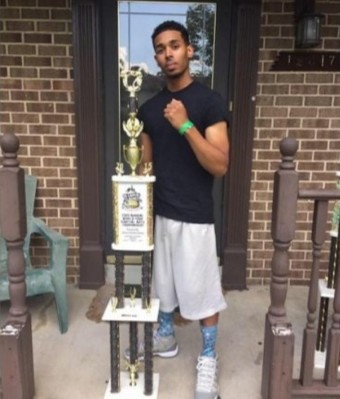 Rehan and his fighting trophy

But that's when life delivered Rehan yet another blow: He was not only injured but rejected by colleges he applied to.

He explained: "Life once again did not cut me a break. After I injured both of my shoulders, I had to stop fighting. Nothing worked this time. I was not motivated to do much of anything besides keeping my job to help dad."

Stanton's father worked as a delivery driver, but it barely paid the bills. That is why Rehan went to work for a sanitation company as a garbage man with his brother: to help out his dad and their family. Here they are in this photo: 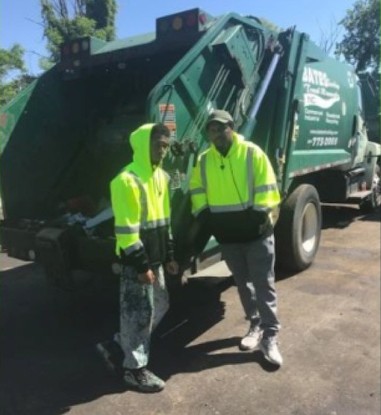 One day, Stanton wrote to his brother about his primary problem: "You knew that dad needed help with the finances to keep our home, [but] you knew if I kept working, I would never go to college."

That's when, according to FOX6's continued story, Stanton's coworkers encouraged the son of the owners of the garbage trucking company, Brent Bates, to help him out. Bates, in turn, introduced Stanton to a professor he knew at Bowie State University.

Brother Reggie even helped his younger brother by dropping out of school and stepping up to help their father so Rehan could try to get into school again.

Reggie also gave Rehan this wise advice and the reason he was so willing to sacrifice for his brother: "Literally everything you do, you become the best at it; you were born different. I can't do what you do. If you go, you're going to make things happen."

Stanton applied and completed two years at Bowie State University, then transferred to the University of Maryland College Park. After two more years, he graduated with 3.8 grade point average and a B.A. in history.

But that's when life delivered yet another blow: dad suffered a stroke.

Rehan explained that moment to his brother: "After dad suffered his stroke working three jobs to help me through school, I promised you that I would excel. That's why the happiest moment of my life was standing at the podium as Maryland's Commencement Speaker. I felt like I was finally able to pay my homage to both of you for your sacrifices."

Here's Rehan and his father, Reginald Stanton, at his graduation: 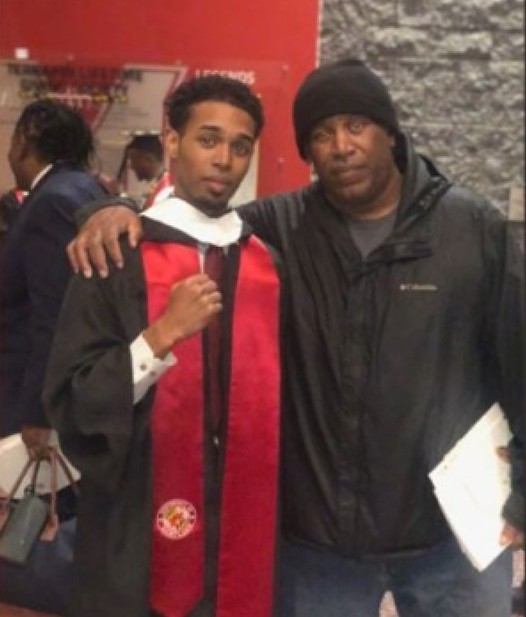 Believe it or not, that's when life hit Rehan again with another devastating blow: a debilitating illness.

He explained, "I literally lost everything after I got extremely sick in May of 2019 and remained sick the rest of the year." He felt cursed and doomed to fail.

During that period, his cousin told him to watch a video of Steve Harvey's "Apollo Story" to motivate him. He did, and it did!

Rehan explained, "It gave me the hope to keep pushing despite our bleak situation."

He called his brother Reggie to tell him that he wanted to go to law school. The next weekend, Reggie bought him LSAT study materials and told Stanton, "Put in that work; don't waste my money."

Stanton put his heart and soul into it: "I was nauseated 24 hours a day and I had to keep listening to Gary Vaynerchuk's motivational videos to keep me going."

But it all paid off. He took the LSATs and passed them with flying colors.

Stanton not only then applied to several law schools, including Harvard, USC, UPenn, Pepperdine and Columbia, but he got accepted into almost all of them! Here he is talking about the admission process but also showing his surprise acceptances. 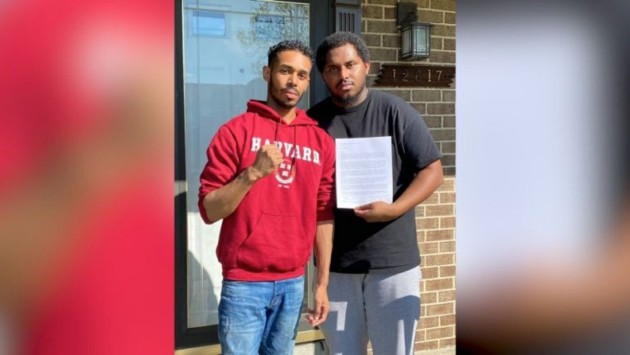 Rehan, his brother Reggie and his acceptance letter to Harvard

He explained his journey and their battle through life this way: "Despite all these difficulties that we've been going through over the decades, I finally got into Harvard. All of their sacrifices were not in vain. I don't even know how to put into words. I don't think even they can put it into words."

Stanton reminds me of tens of thousands of students in our KICKSTART KIDS program in Texas middle schools, who come from abject poverty but learn about character and discipline through Martial Arts. So many of them have become successes in their own right because they learned that it's being a victor not a victim that gets you there.

Stanton is also another example of the success stories in a great documentary that my wife, Gena, and I are encouraging all Americans to see: "Uncle Tom." You can purchase it on DVD or stream it today straight from the official website.

With Rehan's and his family's obstacles in life, he could have easily given up and settled into his life as a sanitation worker. He could have become bitter against society. But instead he turned bitter into better. He chose to channel and harness all the negative background energy and change his world, and, I believe, one day he'll change our world for the better, too.

Rehan, like you did, when I started my Martial Arts schools back in the '60s, I listened to a lot of motivational tapes to keep me motivated to accomplish all my goals. There's no better way to close this column than with Stanton's favorite quote from Muhammad Ali, words that speak to the attitude we should all have about our personal battles: "I hated every minute of training, but I said, 'Don't quit. Suffer now and live the rest of your life as a champion.'"