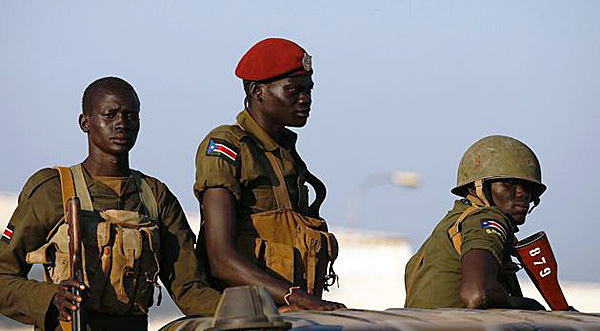 The Islamic radicals running the Sudan government have stunned religious believers with an abrupt decision to abolish the nation's apostasy law.

Nasredeen Abdulbari, the justice minister, went on television to announced plans to "drop all the laws violating the human rights in Sudan," the report said.

"All these changes are aiming at achieving equality in front of the laws. We have dropped all the articles that had led to any kind of discrimination," he said.

The apostasy law made leaving Islam a criminal offense.

Premier Christian News said the law "has greatly restricted Christian evangelism in Sudan over the years, with ministry workers often warned to refrain from trying to reach the majority-Muslim population with the gospel."

"Violence against Christians is common across Sudan, with Open Doors ranking the country at number seven on its World Watch List," the report said.

The U.K.'s Christian Institute said Sudan has been one of the worst pesecutors of Christians in the world.

The law drew international outrage in 2014 when a woman was arrested for marrying a Christian man.

The Christian Institute said that despite being raised a Christian, Meriam Ibrahim was sentenced to death for turning her back on Islam because her absentee father was a Muslim.

"She was also sentenced to 100 lashes for the separate offence of marrying a Christian man. She refused to renounce her faith and gave birth while in prison on death row, but was eventually released and permitted to leave the country."

Robinson warned of a likely backlash from "hardliners."

"Pray that freedom will win the day and that Christians will have a stronger voice under the new administration. Please pray also that the government will return the many Christian and church-owned properties that have been seized," he said.