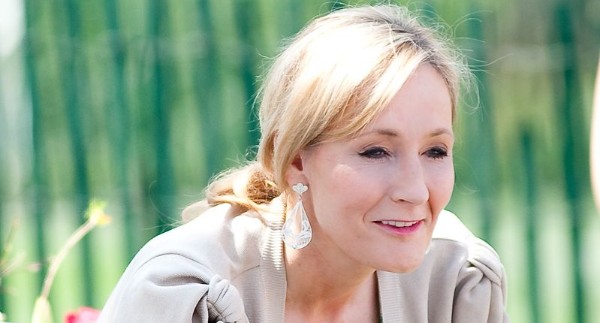 The celebrated British author of the Harry Potter series, J.K. Rowling, already has provoked the ire of the left with her willingness to state publicly the fact that "[biological] sex is real and has lived consequences."

Now she's gone a step further, warning that the British goverment health care system's advocacy of "gender-reassignment" surgery for children suffering gender dysphoria has Britain "on the brink of a medical scandal."

On Saturday, Rowling commented on Twitter on a paper published by Cambridge Core, the website for academic content from Cambridge University Press, titled "Freedom to think: the need for thorough assessment and treatment of gender dysphoric children."

The paper, Breitbart News reported, said the British National Health Service "identity clinics have been functioning as if acting outside the ordinary requirement of good medical and psychiatric practice."

Rowling, a former Labour Party donor, wrote, "Some may dismiss this paper ... but they do so at their own peril."

“It feels as though we’re on the brink of a medical scandal,” she said.

Rowling cited another paper published by Cambridge Core, "Sex, gender and gender identity: a re-evaluation of the evidence."

She quoted its conclusion: "Psychiatry sits on this knife-edge: running the risk of being accused of transphobia or, alternatively, remaining silent throughout this uncontrolled experiment."

Rowling noted on Twitter: "Since speaking up about gender identity theory, I’ve received thousands of emails — more than I’ve ever had on a single subject. Many have come from professionals working in medicine, education, and social work. All are concerned about the effects on vulnerable young people."

She linked a copy of a letter to The Guardian newspaper that it declined to publish, written by two whistleblower clinicians at a gender identity clinic, the Tavistock Gender Identity Development Service.

"The writers of this letter are just two of a growing number of whistleblowers. The bleak truth is that if and when the scandal does erupt, nobody currently cheering this movement on will be able to credibly claim 'we couldn’t have known,'" she wrote.

The clinicians wrote: "There is no such thing as a male or female brain, and you cannot be 'born into the wrong body.'

"You should know that there is no unequivocally shared consensus on what you are undertaking; and the evidence, such as it is, suggests no greater health or happiness," they added, addressing someone considering gender reassignment treatment.

The clinicians warned: "Most of us at your age did not cherish our fertility, and the imagined easy alternative of adoption or surrogacy is far from that. I need you to know that you really might change your mind, as many have before you."