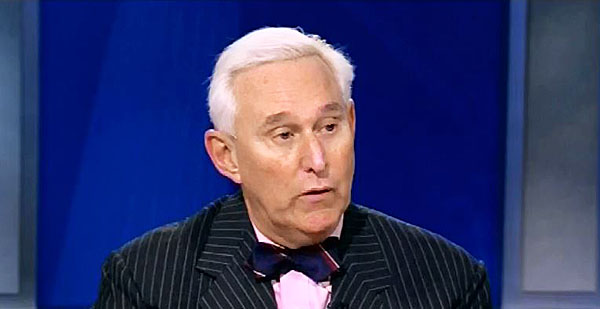 A federal judge has given Roger Stone until July 14 to report to a prison in Georgia to begin serving a sentence for making false statements to Congress, obstructing an official proceeding and witness tampering.

The counts all stem from the House Intelligence Committee's investigation of now-debunked claims of Trump 2016 campaign collusion with Russia.

He had sought a mistrial when social media posts showed the jury forewoman at his trial making negative and critical statements about Trump over a period of years.

She called all of the president's supporters racist in 2019, but then denied holding negative views about Stone, a former Trump associate, during jury selection.

Judge Amy Berman Jackson gave Stone 40 months, and the Gateway Pundit posted on Friday the image of a letter from probation officials instructing Stone to report "to the FCI Jesup SCP, located at 2600 Highway 301 South, Jesup, GA" on July 14.

The Gateway Pundit pointed out that this is the same prison "that has a coronavirus outbreak so bad the government just released a pedophile due to the danger."

"Given the lack of transparency and the uncertain situation regarding the dangers of coronavirus at the corrections facility at Jesup, Georgia, where prison guards and employees and their union have complained about the lack of masks, lack of gloves, no hand-washing regimens and no efforts at internal social distancing, at 67 years old and with a history of asthma, Judge Jackson’s ruling is the same as giving Stone the death penalty while his case is under appeal," the commentary explained.

"This is not an exaggeration! The situation is so bad in Jesup that the government recently released an inmate due to these coronavirus concerns. This inmate is convicted pedophile Jeff Asher. Asher was convicted of child pornography and sentenced to more than 12 years in prison.

The federal Bureau of Prisons in fact has released hundreds of federal inmates to home confinement because of the threat of COVID-19.

Mueller's team had accused Stone of lying to Congress about his conversations with Trump campaign officials and other associates about WikiLeaks’ plans to release Democrats’ emails during the 2016 election.

Neither Stone nor any Trump associate was found in the special counsel’s investigation to have aided Russia or WikiLeaks in stealing or releasing the emails.

There has been speculation that the president will exercise his prerogative to pardon Stone, but no action has appeared so far.