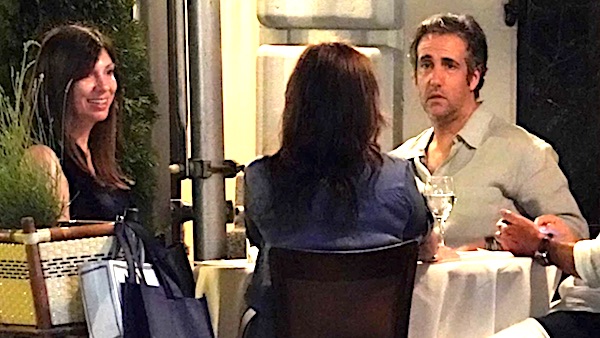 The legal team for attorney Michael Cohen filed a petition seeking his release from jail Monday, alleging that he was only brought back as retaliation for a book that he is writing about his time working for President Donald Trump.

Cohen is being represented by both private lawyers and the American Civil Liberties Union. His legal team filed the suit in the Southern District of New York against Attorney General William Barr, Bureau of Prisons Director Michael Carvajal and James Petrucci, the warden of the prison where Cohen is being held, The Hill reported.

“He is being held in retaliation for his protected speech, including drafting a book manuscript that is critical of the President – and recently making his public intention to publish that book soon, shortly before the upcoming election,” Cohen’s petition says.

The petition calls for Cohen’s immediate release, arguing that his imprisonment is a violation of his First Amendment rights, according to The Hill.

Cohen, who was previously one of Trump’s personal attorneys, pleaded guilty in 2018 to lying to Congress and for campaign finance violations. He was serving his three-year sentence when he was released into home confinement in May amid the coronavirus pandemic, the Wall Street Journal reported.

He was brought back into custody in early July after a dispute with his probation officers which would have barred him publishing his book, promoting his book or speaking with the media, The Hill reported.

Cohen began working on his manuscript once he arrived in prison, the petition stated. The manuscript alleges that Trump made anti-Semitic remarks and racist comments about President Barack Obama and Nelson Mandela, according to the Hill.

Michael Cohen is suing Attorney General William Barr, claiming he was thrown back in prison because he refused to put the kibosh on his tell-all book about Trump. https://t.co/Jby4COmvMJ

Cohen, Trump’s longtime so-called fixer, testified before Congress in 2019, and said the president of was a racist, a fraud and a liar, NPR reported.

Cohen’s petition also mentions the Trump administration’s efforts to prevent the publication of books by former National Security Advisor John Bolton and Mary Trump, the president’s niece, casting the administration as trying to “censor speech that reflects negatively on Trump himself or his administration.”

The administration has denounced both books, insisting that they are completely false.