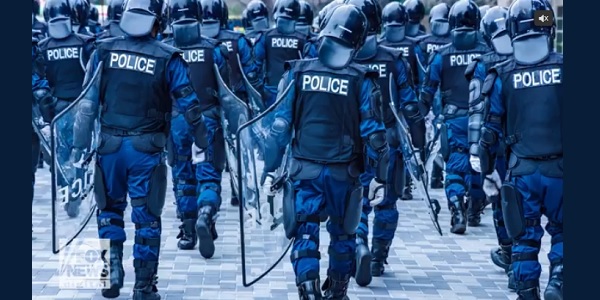 Our America First movement faces a fulcrum moment. After achieving the incredible upset of seizing the presidency from the conventional interests that dominated United States politics and media for decades, now President Trump can advance to the next step of his historic quest: transitioning from the Great Disruptor to the become the Great Protector of the American people, particularly the middle class.

The disruption emanated from the profound frustration of working-class citizens witnessing a continual erosion of their political agency and their standard of living. The shock of Trump’s triumph compelled a needed wholesale reshaping of national politics, including a de facto takeover of the Republican Party by believers in American nationalism. In reaction, the media mouthpieces of the established political and administrative classes went to war with the president, and he returned rhetorical fire, with fervor. Simultaneously, the enmity of the entrenched administrative powers of our capital commenced seemingly endless investigations and frivolous prosecutions of Trump allies and, ultimately, the president himself.

Despite the systemic upheaval, tangible policy achievements abounded, particularly a rollback of the regulatory state, smart trade accords, and the confirmations of hundreds of conservative judges. Nonetheless, the consternation and agitation have intensified in this election year, as an increasingly polarized country battles over first principles. As necessary as the disruption was, our nation cannot remain in this embattled space; it’s too chaotic.

Therefore, the next natural iteration of the movement lies in President Trump becoming the Great Protector, a leader promoting a second term agenda that guards the economic and legal rights of the masses.

On the economic front, protecting the prerogatives of the American worker entails taking on two powerful, intertwined interests – both of them hell-bent on defeating President Trump in November: China and American Big Business. Regarding China, Trump has already shifted the entire paradigm of our national approach to this adversary. The recent deception by the Chinese Communist Party quite literally infected the world and crashed the global economy, awakening the U.S. public to the reality Trump has long ascertained and described. Given the criminal actions of the Beijing regime, President Trump’s second term will laser-focus on confronting this threat, particularly to the prosperity of American workers. The long-term benefits of the decoupling process will compel domestic employment, especially in manufacturing, and ignite the economic recovery from the ravages of the Wuhan CCP virus.

The second facet of Trump as the Great Protector involves legal safeguards. The recent danger and disorder across America found motivation and cheerleaders among entitled power brokers of the media and the Democratic Party, but ordinary people and vulnerable businesses paid the price. President Trump increasingly takes a strong stance against mayhem, both in messaging and action. For the next Trump term, a pledge to maintain order will gain the confidence of understandably anxious citizens. Aggressive policing and powerful prosecutions can demonstrate our national resolve against mobs and mayhem.

As the president reasserts law and order, he can also continue to powerfully ratify and promote the intrinsic honor of America and our founding principles. To repel the scurrilous slurs and ahistorical revisionism of the left, “deplorables” of every color and creed clamor for an unwavering reaffirmation of American ideals. Acknowledging that our country has often failed to live up to our own virtues, even in profound ways, in no sense negates the great majesty of our guiding precepts and the enduring goodness of the American way of life. Rather than placating the growing madness that seeks political power through public intimidation and street cruelty, Trump the protector offers a no-apologies insistence on four more years of rule of law as opposed to compulsion by criminals. Now, and into a second Trump term, our country will forcefully reject the plots of violent agitators who would impose a Mao-style cultural revolution that attacks monuments, desecrates our history, and bans works of art and literature. In addition, far too many Democratic mayors and governors tacitly allow, and sometimes even encourage, lawlessness. The need, therefore, increases for a president as a national protector.

All lasting political and social movements evolve over time. Tactics and near-term objectives shift even as long-term systemic aspirations persist. For the America First movement, a transition from disruption to protection will make our country more prosperous and safe – and also secure electoral victory in November.

WND News Services
These reports are produced by another news agency, and the editors of WND believe you'll find it of interest.
AOC: Abortion 'conscripts' parents to work 'against their will'
GOP Rep. Stefanik's name pushed as Trump's possible running mate
Republican Study Committee releases 'Family Policy Agenda'
What happens when a fact-checker gets it all wrong?
Leftists hope DeSantis' delivery of migrants to Martha's Vineyard will cost him
See more...