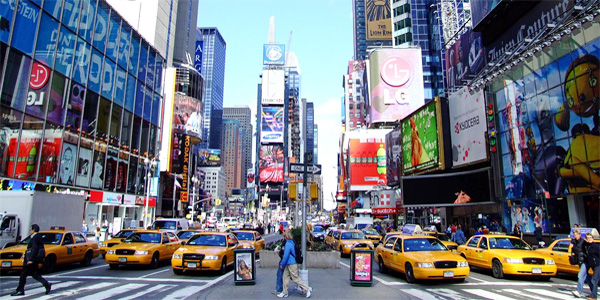 New York City has agreed to pay $100,000 for damages caused by its repealed ban on counseling minors who want to be healed of same-sex attractions.

The lawsuit was brought by a Orthodox Jewish psychotherapist against the city, charging his First Amendment rights of speech and exercise of religion were violated, said the Alliance Defending Freedom.

The payment includes, according to the settlement agreement, attorneys' fees and expenses.

Through an ordinance, the city had attempted to regulate private conversations between counselors and their patients, ADF said.

The counselor, Dovid Schwartz, sued to halt enforcement of the law.

"In the face of the lawsuit, the city backtracked on its previous legislation and, last September, voted to repeal the counseling ban. In light of the repeal and this settlement, Schwartz and his attorneys are dismissing their lawsuit in Schwartz v. City of New York," ADF said.

"All New Yorkers and all Americans deserve the right to private conversations, free from government control," said ADF Senior Counsel Roger Brooks. "New York City directly violated our client's freedom of speech by trying to regulate and censor private sessions between an adult and his therapist. While the city eventually saw the writing on the wall and reversed course, it needlessly cost the taxpayers of New York tens of thousands of dollars for enacting its unconstitutional policy in the first place, because Dr. Schwartz was forced to go to court to protect his rights.

"Other cities should not repeat the same error. We’re grateful that New York City is no longer threatening to censor Dr. Schwartz’s conversations and impose government-approved orthodoxy on him or his patients."

The ordinance had addressed "certain patient-counselor conversations that the New York City council disfavors," ADF said. "The counseling censorship law extend[ed] to the counseling of willing adult patients and threatens increasing fines of $1,000, $5,000, or $10,000 for first, second, and subsequent violations."

The organization said: "Notably, the law only prohibited counsel in one direction—assisting a patient who desires to reduce same-sex attraction or achieve comfort with their biological sex. … By contrast, counseling that steers a patient towards a gender identity different than his or her physical body was permitted."

More than a dozen states or local governments have moved to suppress so-called "conversion therapy." Recently, officials in Tampa, Florida, appealed a federal judge's decision to block an ordinance prohibiting the counseling of children who seek help overcoming same-sex attractions.

In that case, the judge wrote: "Nothing is more intimate, more private, and more sensitive, than a growing young man or woman talking to a mental health therapist about sex, gender, preferences, and conflicting feelings. The ordinance inserts the city's code enforcers into the middle of this sensitive, intense and private moment. But this moment is already governed by Florida's very broad rights of privacy, something the ordinance ignores. ... The Florida Constitution's privacy amendment suggests that government should stay out of the therapy room. The Tampa Ordinance does not address this constitutional issue, and in doing so the city attempts to occupy a very private space, contrary to a strong statewide policy."

Now, an expert with Christian Concern, a non-profit legal group in the United Kingdom, is arguing a whole population is harmed by the counseling bans.

Carys Mosely of Christian Concern explained: "What has happened in the last 15 years is that one-sided uncritical normalization of homosexuality has taken over social research. The result is lack of further research on how rape of adult men by men can push them into homosexuality, and the resultant silence from the counseling profession and organizations helping victims. The fact that most victims were heterosexual with many now experiencing homosexual attraction would have been an inconvenient truth for some gay activists. Exactly how this situation arose needs to be investigated thoroughly as it has real-world implications."

She continued: "There is a great deal of research literature arguing that there is a stigma to men admitting to being victims that is due to homophobia, i.e. fear of being perceived to be gay if they admit to being rape victims. As the term homophobia is a loaded word this kind of claim needs to be approached with caution. For the claim could be taken to mean that acceptance of homosexuality would make it easier for victims to come forward.

"In reality, what is needed is a climate where it is acceptable for victims to tell those professionals helping them that the same-sex attraction they experience as a result of being raped is unwanted. On this basis, victims need to be free to ask for counseling that helps them diminish this unwanted same-sex attraction and any ensuing homosexual behavior. However, this is no longer possible.

"The reason for this is a professional ban on any counseling or therapy which helps clients diminish same-sex attraction."

Her comments were triggered by a case in the U.K. against Reynhard Sinaga, who was imprisoned for life for raping up to 195 men.

The report said Sinaga, a doctoral student from Indonesia, "was jailed for life for 159 sexual offenses, including 136 rapes of men, in Manchester Crown Court. The police identified 48 victims but have been appealing for the many more they have hitherto failed to track down. The police have told the press that they believe he may have targeted up to 195 men. The Crown Prosecution Service told the BBC that he is the 'most prolific' rapist ever in recorded legal history in the U.K., if not the entire world, leading to the largest rape inquiry in British history."

The rapist's strategy, the report said, was to live near a gathering place for the homosexual community.

"He used to watch for young men leaving bars and clubs to lure them to his flat, all the while offering them help to sit down and have a drink," the report said. "Detectives inferred from available evidence that once back in his flat he would spike their drinks with GHB, an illegal Class C drug widely used in the gay scene. The victims became unconscious as a result and therefore mostly had no memory of being attacked."

However, one victim awoke and hit back at Sinaga.

He also stole a mobile phone, which "turned out to have videos of his crimes."

Christian Concern's Mosley said: "Nobody has said anything about the fact of unwanted same-sex attraction among some adult male victims of male rape. This is very important because historic research literature going back decades shows that victims are at risk of experiencing confusion in sexual orientation," Moseley said. "For example [a] dissertation from the University of Central Lancashire in 2004 found that 70% of male rape victims surveyed experienced 'a long term crisis over sexual identity' (Table 3.5, page 107). Furthermore, it was found that over one third (35%) of its sample of male rape victims had experienced problems with sexual orientation as a result (Appendix 4E, page 254)."

In "nearly all cases," she said, the victims reported damage that included confusion over their sexual preference.

The issue is being litigated in a number of jurisdictions. At least one case is expected to reach the Supreme Court, which then will have to rule on the speech limits the ordinances impose.