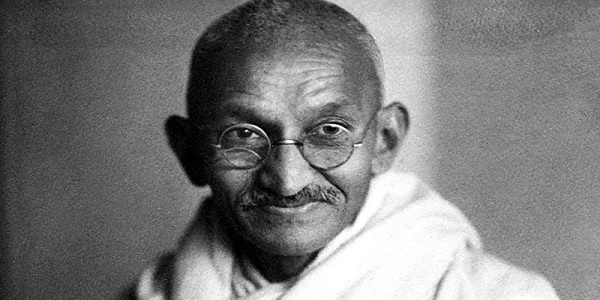 Many civil rights movements around the world have been inspired by Mahatma Gandhi's non-violent campaign for India's independence from British rule.

But to some activists, he's just another racist.

Amid the destruction and removal of statues nationwide, a petition with nearly 5,000 signatures is calling on Fresno State to remove a statue of the iconic Indian nationalist from campus, reports the College Fix.

The president of the California university, Joseph Castro, has resisted the demand, reminding students last week that the Fresno State Peace Garden was the result of a student initiative 30 years ago.

Along with Gandhi, the display features Martin Luther King Jr., labor activist Cesar Chavez and early feminist Jane Addams, "who dedicated their lives in the pursuit of equality, social change and justice through peaceful methods."

Castro suggested students consider "the overall significance of each individual's lasting contribution to a just and fair society."

The petition for removal was created by a student at a nearby high school.

The student, Akhnoor Sidhu, claimed the statue makes us "appear to hold double-standards."

Opponents of the statue argue Gandhi's statue was removed from Ghana University by the government in 2018, and the placement of the Gandhi statue at the California State Capitol in 2010 was rejected.

Critics of Ghandi say he supported the caste system and campaigned for the segregation of Indians from blacks.

The College Fix noted that as is common among Generation Z activists, the petition claims Fresno State has caused "harm" by honoring a peace activist with human failures."

It's unclear, however, how much of the petition support comes from the Fresno State community.

The Fresno Bee reported the Jakara Movement, "a Sikh youth organization that supports social justice causes," is organizing in support of the petition.

Its Fresno State chapter is planning its own letter against the statue and hopes to gain the backing of professors against the university's president.

Fresno Bee reported President Castro pointed out the statue does not necessarily honor "every facet" of Gandhi's life.

"We applaud those who call for a clear-eyed look at history and the individuals who shaped it," Castro said.