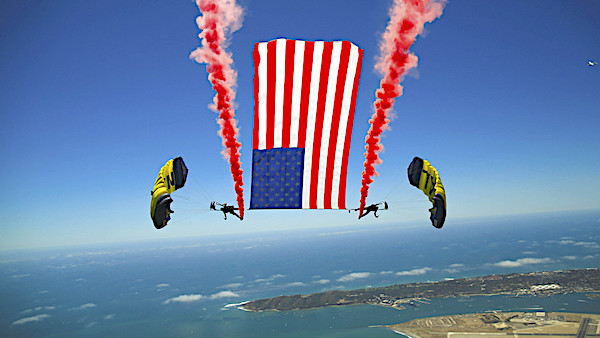 An article published in the Los Angeles Times Tuesday said that the “Star-Spangled Banner” should be replaced by Bill Withers’ “Lean on Me.”

LA Times contributor Jody Rosen cited “viral posts on social media” which said the anthem is racist, then argued it is aesthetically a bad song in the article. Rosen concluded saying the message of “Lean on Me” can be a foundation for a “decent” society.

“If the point of a national anthem is to provide a mnemonic, a reminder in music and words of the ideas and values that this place is supposed to stand for, you could do worse than ‘Lean on Me,’” Rosen wrote.

He continued: “It’s a message you could build something on, a pretty solid foundation for a decent society. It can bear the load.”

Rosen referred to a July 4 video produced by The Root that argued the “Star-Spangled Banner” is “one of the most racist, pro-slavery, anti-black songs in the American lexicon.” One of the central arguments in the video is that Francis Scott Key, who composed the anthem, was a slave owner.

“It’s pretty fair to say dude was a racist,” the video’s narrator said.

“The Star-Spangled Banner” is one of the most racist, pro-slavery, anti-black songs in the American lexicon, and you would be wise to cut it from your #FourthofJuly playlist. #FvckTheFourth pic.twitter.com/i9UVE7g7De

Should the 'Star-Spangled Banner' be canceled and replaced as America's national anthem?
1% (3 Votes)
99% (413 Votes)

Protesters toppled a statue of Key in San Francisco’s Golden Gate Park in June, according to NBC Bay Area.

Statues and monuments have been under pulled down or vandalized across the country in the aftermath of the death of George Floyd. Floyd died in Minneapolis police custody on May 25 after an officer kneeled on his neck for nearly 9 minutes, video shows.

The anthem is “charmless and difficult to sing,” Rosen wrote, arguing that it is a poorly composed song.

“A song with words few people understand, which fewer can sing, whose sound and spirit bear no relation to our catchy, witty, unpretentious homegrown musical forms,” Rosen said. “Is this really what we want to hear when we ‘rise to honor America’?”

Rosen suggested “Lean on Me” replace the “Star-Spangled Banner,” arguing that it is among the most widely sung American songs in the past 50 years. He then presented a long list of popular renditions of the song.

Key wrote the poem “The Star-Spangled Banner” in 1814 after he witnessed a British attack in Maryland during the War of 1812, according to History Channel. The song was officially designated the national anthem by an executive order signed by President Woodrow Wilson in 1916. Congress passed and President Herbert Hoover signed a bill confirming the executive order in 1931.