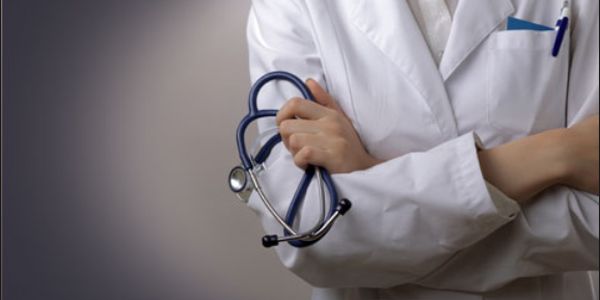 Last week, historian David Blight and history student Griffin Black attempted to score political points at my expense with a Washington Post op-ed headlined “Black people aren’t naturally vulnerable to COVID-19. That’s junk race science.” Perhaps they are good historians, but they are not medical doctors. Here’s why Blight and Black are wrong.

Blight and Black took issue with a recent NPR interview in which I mentioned that African Americans might be susceptible to COVID-19 complications because of acquired co-morbidities. The two historians selectively quoted the interview to bolster their editorial claims.

NPR host David Greene asked about the disproportionate impact of COVID-19 on African-Americans in New Orleans. He quoted Rep. Cedric Richmond, who blamed systemic racism. I replied that systemic racism might play a role, but as a physician, I thought there might be other explanations. Obesity, hypertension and diabetes – 40% to 60% more common among African Americans than non-Hispanic whites – increase risk for COVID-19 complications. Since there is an increased number of angiotensin converting enzyme (ACE) receptors associated with these diseases and since coronavirus enters cells by attaching to ACE receptors, higher than normal numbers may increase susceptibility to COVID-19 complications. I added that addressing obesity, diabetes, and hypertension may decrease risk of COVID-19 regardless of race. I agreed that if other, non-physiologic issues are involved, they should be addressed.

Obesity, ACE receptors, COVID-19 are medical facts. Their interrelationship is not proven but is discussed in the medical literature. Dr. Anthony Fauci has also alluded to underlying medical conditions among African Americans as a possible explanation for increased mortality from COVID-19. As scientists struggle to understand COVID-19, it would be irresponsible to rule out any relevant factors.

Yet Blight and Black equated the well-studied epidemiology of obesity, hypertension, diabetes, race, ACE receptors and COVID-19, with junk science – specifically, the quack 19th century phrenology phenomenon. They essentially say that it is racist to think beyond sociological factors. The historians said my remarks, which were based on medical literature, “reflect a bafflingly persistent belief in America: that our society has vanquished racism.”

This is bizarre assertion. For one thing, I never said racism was “vanquished,” and don’t believe it to be true. But Blight and Black declared it racist to apply accepted medical knowledge in an attempt to better understand COVID-19. It is an attempt to deny science when it conflicts with a preferred political narrative. Nobody can deny that systemic racism has existed and does exist. Racism has manifested itself in institutional medicine. The Tuskegee Experiment is a hideous blot on American medicine that must always be remembered.

But, I see a distressingly similar mentality among Blight, Black and other progressives who, despite what I assume are good intentions, reduce patients to nothing but numbers in a broken healthcare system. This is condescending and harmful to health and dignity. The priority must be in preventing disease and healing the patient, not political narratives.

As a physician and as a political leader, my vocation is to bring help and healing to patients and constituents. If it is true that vulnerability to COVID-19 can be reduced by eating healthier food and exercising, then this should be shouted from the rooftops. It also recognizes, more profoundly, that exercising personal agency to change our fate is fundamental to human dignity and physical, emotional and spiritual health.

African Americans have borne an outsized burden from COVID-19. To save lives, physiology must trump ideology. Moralistic ignorance spouted by academic historians may win plaudits in their social circles, but it does nothing for souls fighting for their lives inside ICUs. It does nothing to keep them out of the ICU. We should care more about saving lives than political correctness.

U.S. Sen. Bill Cassidy, M.D., is a Republican from Louisiana.