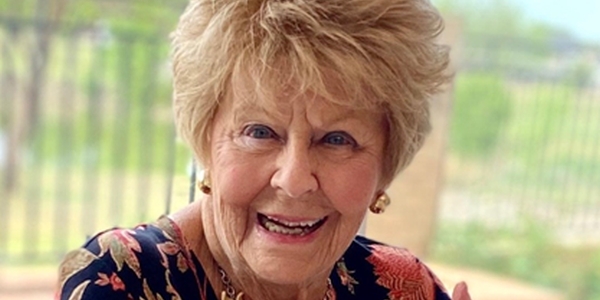 Florence Littauer, the pioneering Christian women's speaker and author who championed messages of hope, encouragement and understanding the personalities, died July 11, 2020. She was 92.

In her 50-year career, Florence authored 40+ books and addressed hundreds of thousands of people in the United States and overseas. Her best-selling book "Personality Plus" sold over two million copies and was translated into more than 25 languages, spawning a series of books for parents, couples and work associates. Florence identified four personality types, creating a fun and accessible tool, called The Personality Profile, a self-scoring personality test still in use today that has helped millions better understand themselves and others.

Best-selling author, speaker and coach John C. Maxwell called her a "true legend" and her work on the personalities "life changing" for him and his staff." Florence presented on the personalities numerous times at his church and through her speaker training seminars worked with his staff to develop their speaking and leadership skills. "Her work on The Personalities has saved relationships worldwide," Maxwell continued. "I've shared the concepts and the popular Personality Profile with audiences everywhere and especially encouraged pastors to equip themselves with her teachings."

Raised in Haverhill, Massachusetts during the Great Depression, Florence lived in sparse conditions with her parents and two siblings in two rooms behind her parent's general store. Her ticket out was a scholarship to study English at the University of Massachusetts. She returned home to become an English, speech and drama teacher at Haverhill High School and to help at the family store. With her outgoing and sanguine nature, Florence was beloved by her pupils. Following her engagement to Fred Littauer, her drama students planned their wedding like a giant senior class play, patterned after the coronation of Queen Elizabeth II. As a result, her wedding was so over-the-top it garnered the attention of the media and was featured in Life Magazine in 1953.

The couple had four children, two sons and two daughters, and one adopted son. Both biological sons suffered from a degenerative brain disease and died young. The tragic loss of her sons sent Florence into a deep depression, which was the turning point that brought her and her family to Christian faith. Groups began to invite Florence to tell her life story and to share how she overcame depression, launching what would become a global speaking and writing ministry.

She and Fred eventually landed in full-time ministry together in 1967 with Campus Crusade for Christ and she began teaching women's Bible studies. Florence eventually became an in-demand speaker starting in the early 1970s, long before it was common to have Christian women speakers.

In 1981, Florence formed CLASS (Christian Leaders and Speakers Seminars) to invest in and raise up a generation of communicators, especially women, to follow in her footsteps. Several notable alumni of the CLASS seminars included Beth Moore, Emilie Barnes, Patsy Clairmont and Becky Tirabassi, who went on to establish successful speaking and writing ministries in their own right.

"She was a trailblazer and opened the door for thousands of women to develop their leadership and communication skills," Maxwell said. "A masterful communicator, she spoke with dignity, humor and shared practical biblical truths."

Her first published book in 1978 was her life story, "I Could Be Happy, if Only..." Her updated biography was released in 2003 by Revell, called "Behind the Personality."

Her most famous message, "Silver Boxes: The Gift of Encouragement" became a popular book by the same name and one of the most frequently repeated Focus on the Family broadcasts. It was called by Dr. James Dobson a "timeless message" that will "challenge you to think about what you speak into the lives of those around you."

Popular speaker and author Patsy Clairmont, a founding speaker of Women of Faith, credits Florence with her success: "I met Florence 40 years ago when she took me under her tutelage and spoke truth into my broken life. She believed in me long before I had the courage to believe in myself. Her generosity of heart, her passion for learning, and her love of the privilege of platform work, made an indelible impression on my life. She was a dynamic mentor and dear friend."

After being married almost 50 years, Fred died in 2002, leaving Florence to continue the ministry with the help of her daughter Marita, who had joined her in teaching on the personalities and the CLASS seminars. Florence continued speaking until age 82 when she retired after a bad bout with shingles. She continued to live in her own home in Palm Springs and was basically independent until she moved to Lubbock, Texas, in 2018 to live with Marita and son-in-law Chuck Tedder.

Two weeks after her 92nd birthday, on May 17, Florence suffered a stroke. On June 21, she had a heart attack. After two months of hospitalization and a week of hospice care, she died. She is survived by three children, five grandchildren and six great grandchildren.

A private family service will be held Saturday in Lubbock, Texas, and she will be buried, in her trademark "Silver Box" dress at Locust Grove Cemetery in Merrimac, Massachusetts, where her husband Fred and parents are buried.