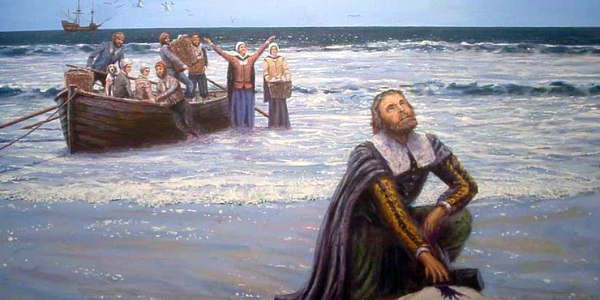 As sports teams and schools across the nation drop mascots featuring Native Americans, the living museum in Pennsylvania honoring the Pilgrims, Plimoth Plantation, is changing its name.

It soon will be known as Plimoth Patuxent to honor indigenous people who called the land Patuxet.

Officials with Plimoth Plantation said they have been considering a new name for some time.

"Although our educational mission is inclusive of indigenous history as well as European colonial history, the name of the museum underscores only half of the story," they said. "The history we explore is one we, as Americans, are all still living."

The museum recently issued a statement of support for the Mashpee Wampanoag Nation, who "are fighting to retain their tribal land." The museum is to represent all of the people who "lived, worked, loved, fought, planted, and traded on this land in the 17th century."

"Discussions about a name change for the museum have been ongoing for more than a year as we ask: 'Does our name reflect the full, multivalent history that is at the core of the museum’s mission?' The conversations generated by that fundamental question have moved us toward a new, more balanced name demonstrating that the history and culture of the indigenous people of this region are as integral to the museum's educational mission as the history and culture of the English colonists."

As the museum marks the 400th anniversary of the Pilgrim's arrival, it is changing its signage to reflect the moniker "Plimoth Patuxet."

"As our nation faces a pandemic, an economic crisis, a reckoning with racial injustice and a highly-charged election year, there is no doubt that we have reached an inflection point in our history, one that raises necessary, and at times painful, discussions. But, especially in these times, that is what museums are called to do."

The museum said it recognizes "that the commemoration of 400 years of shared history is complex and we embrace this moment as an opportunity for reflection and learning with our worldwide community of visitors, friends, and members."

CBS in Boston noted the plantation was the first colonial settlement in New England, but "the word plantation is commonly associated with slavery."

The Blaze reported the Plymouth colony was "the first permanent European colony in New England. The Plimoth Plantation living museum was established in 1947 to replicate the original settlement. The Patuxet people have been extinct since 1622, two years after the Pilgrims landed."