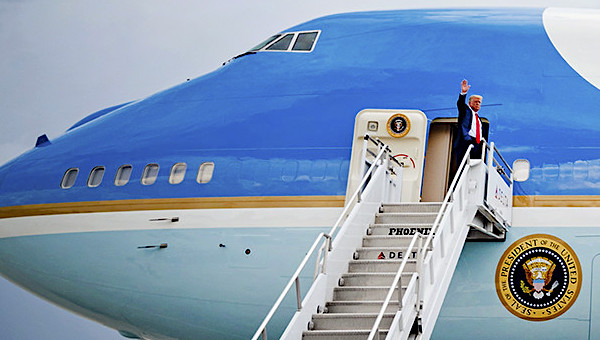 Republican presidential campaigns tend to concede the black vote to Democrats, with Trump receiving just 8% in 2016.

But Rasmussen's "Daily Snapshot" on Thursday shows 43% of likely black voters approve of the president's performance, noted the Gateway Pundit.

Townhall columnist Bruce Eberle pointed out Trump "is not going to win anything close to a majority of the black vote in 2020, but he doesn’t have to."

"In fact, a recent Rasmussen poll of likely black voters shows that support for Trump by Black Americans has surged after the recent rioting by the left to 40%! While it is unlikely that Trump will win 40% of the black vote, it shows that his support from the black community continues to build even after the tragic murder of George Floyd."

He said the question that remains is whether the support will materialize on Election Day.

"For that to happen it must be encouraged and energized and that is exactly what super PACs like Black Americans to Re-Elect the President are planning to do. Using the proven technique of radio advertising and door-to-door handouts of literature, this super PAC as well as two other super PACs will make sure that these black voters turn out to vote on Election Day 2020. And when they do it will be bye, bye for the candidacy of Joe Biden."

He pointed out polls of "registered voters" are less than worthless, as they were the ones that were misleading in 2016, when they put Hillary Clinton in a commanding lead over President Trump.

He noted the "huge enthusiasm gap between voters for Biden and voters that support Donald Trump."

Washington Post polls show a 69% to 34% enthusiasm gap between Trump voters and Biden supporters, he noted.

"Voters who are not enthusiastic do not turn out to vote."