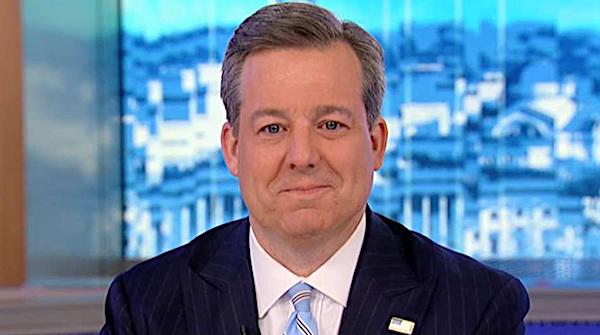 The Fox News Channel, which has undergone numerous claims of sexual misconduct over the years, is being rocked again, with one of its top anchors being fired for the same concern.

Ed Henry, co-host of "America's Newsroom," has been ousted in the wake of an investigation into a claim of "willful sexual misconduct" made against him by a former employee, the network said Wednesday.

"We would like to bring a very serious matter to your attention in an effort toward full transparency given the many actions we have taken to improve the culture here over the last four years," says an internal memo from Fox News Media CEO Suzanne Scott and network president and executive editor Jay Wallace.

"On Thursday, June 25, we received a complaint about Ed Henry from a former employee's attorney involving willful sexual misconduct in the workplace years ago," the memo continued.

"We immediately retained an outside law firm (which has never represented Fox News in investigations or litigation) to independently investigate the claims. Ed was suspended the same day and removed from his on-air responsibilities pending investigation."

"Based on investigative findings, Ed has been terminated."

"As all of you know, in January 2017 we overhauled our entire Human Resources operation and instituted extensive mandatory annual Inclusion and Harassment Prevention training which has since educated our entire workforce," the memo stated.

"We encourage any employee who has a sexual harassment, discrimination or misconduct complaint of any form to report it immediately, as we have said repeatedly over the last four years." 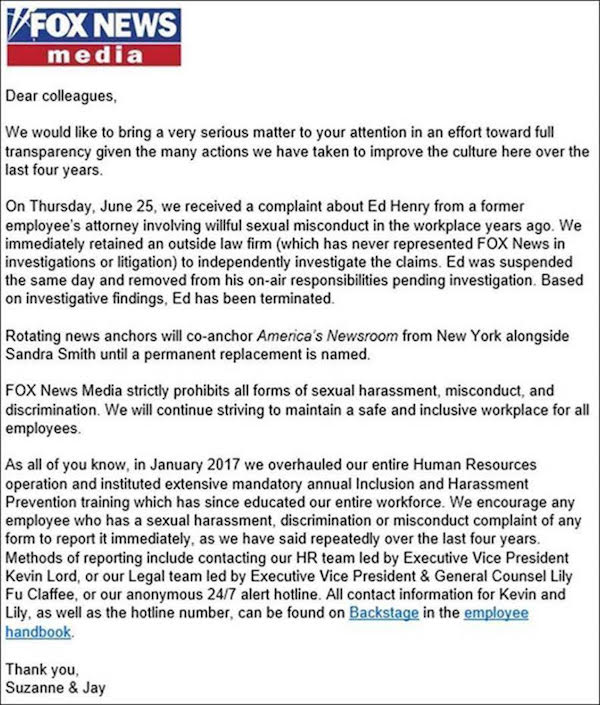 Fox News will feature rotating anchors on "America's Newsroom" until a replacement is found, the network said.

Meanwhile, Douglas Wigdor, partner of Wigdor LLP, a law firm known for representing women involved in high-profile sexual misconduct cases, told NBC News in a statement, "We have received a number of inquiries regarding the reporting of the termination of Ed Henry. I can confirm that we do represent the victim in this matter, but we are not presently at liberty to share any further information."

Henry is married to NPR's Shirley Hung, and left his network temporarily four years ago amid reports he had an affair with a Las Vegas hostess.

"We recently became aware of Ed's personal issues and he's taking some time off to work things out," a Fox News spokeswoman told TheWrap at the time.

The late founder of Fox News, Roger Ailes, along with its primetime star Bill O'Reilly and network co-president Bill Shine, were fired by the network amid claims of sexual misconduct. 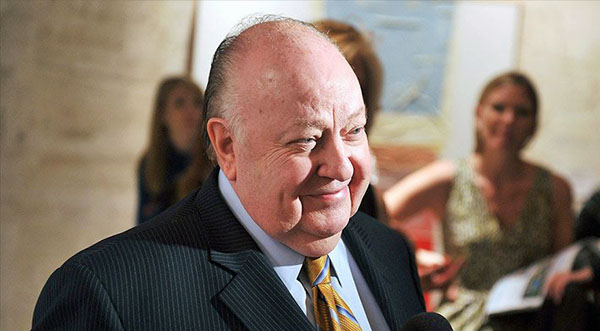 Henry also made headlines recently for donating a portion of his liver to his sister, and appeared to break down on the air when discussing the operation.