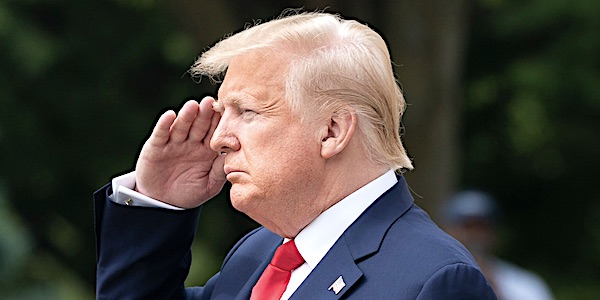 In a Sean Hannity interview Thursday President Donald Trump said he would weigh pardoning those convicted in the Mueller investigation.

While speaking about how people in the Mueller investigation were treated, Hannity asked the president if he would consider exonerating those indicted.

“Would you consider pardons for the people involved in the last 15 seconds?” Hannity asked the president during the final moments of his interview with Trump.

“Uh I’ve looked at a lot of different people. They’ve been treated extremely unfairly and I think I probably would, yes,” the president told Hannity.

The Mueller investigation didn’t find evidence that Trump campaign members had worked with the Russians to interfere in the 2016 election, according to documents from the probe.

The president recently commuted former special counsel Roger Stone’s prison sentence after a court found that Stone had lied to Congress about conversations related to WikiLeaks, the group that leaked Democratic campaign emails during the 2016 election.