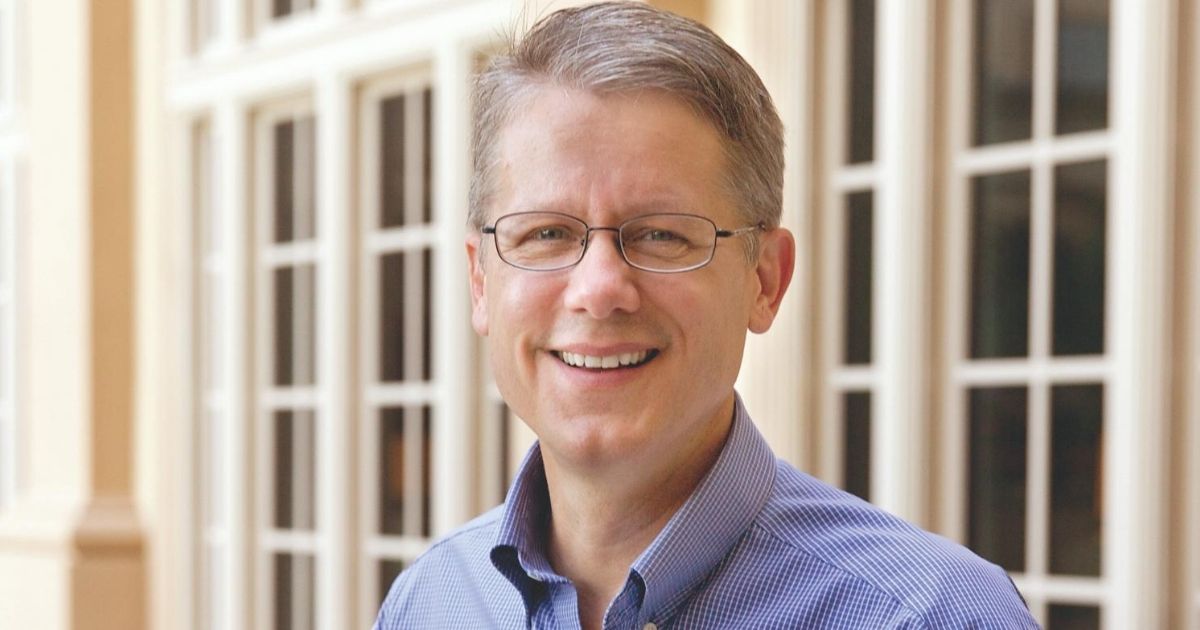 A tenured criminology professor at the University of North Carolina at Wilmington known for his repeated battles over free speech has been found dead in his home.

No cause of death for Mike Adams, 55, was immediately released.

Adams, described by the local Charlotte News Observer as "controversial," was set to retire Aug. 1 after reaching a settlement agreement with the university for more than $500,000 over social media posts critical of the coronavirus lockdown.

Deputies with the New Hanover County Sheriff's Office went to Adams' home on a wellness check and found him dead.

The university issued a statement: "It is with sadness that we share the news that the New Hanover County Sheriff’s Office is conducting a death investigation involving Dr. Mike Adams, professor of criminology. Please keep his friends and loved ones in your thoughts."

In May, Adams tweeted that universities shouldn't close down because of COVID-19 but should close "non-essential majors. Like Women's Studies."

He also wrote on Twitter: "This evening I ate pizza and drank beer with six guys at a six seat table top. I almost felt like a free man who was not living in the slave state of North Carolina. Massa Cooper, let my people go!"

And he said those protesting the death of George Floyd are "thugs looking for an opportunity to break the law with impunity."

Several online petitions demanded his removal, leading to the university's decision to allow him to retire and pay unpaid salary and retirement benefits.

"We are devastated to hear of the passing of @MikeSAdams," said a tweet from Young America's Foundation, "Professor Adams was a beloved freedom fighter and YAF speaker. Our prayers go out to his family."

The group called him a "man one could rely upon in trying circumstances and desperate times."

Stacey Matthews, a conservative blogger, wrote on Twitter: "This is awful. Simply awful. Professor Mike Adams was a tireless defender of the First Amendment and conservative values. It was recently reported that he was retiring from UNCW, who gave him grief for years for his viewpoints."

The university was ordered to pay more than $700,000 in legal fees to Adams in a free-speech lawsuit.

The university later defended the professor in a separate case over speech.

Originally, Adams sued over discrimination he faced because of his Christian viewpoint. He had been hired, while an atheist, and was promoted.

But some of his views on political and social issues began to reflect his adoption of Christianity in 2000. Subsequently, his advocates said, the university subjected Adams to academic persecution, including intrusive investigations and baseless accusations that culminated in denial of promotion to full professor, despite an award-winning record of teaching, research and service.

In his case against the university, his attorneys argued that officials denied him a deserved promotion because they disagreed with the content of his nationally syndicated opinion columns that espoused religious and political views contrary to the opinions held by university officials.

Ultimately, the judge granted a request for Adams' promotion to the rank of full professor, as of 2007, "when the promotion would have taken effect had UNC Wilmington not violated Adams' First Amendment rights," according to the Foundation for Individual Rights in Education.

"The court is fully satisfied there was sufficient evidence as a matter of law presented to the jury to find for plaintiff," the judge said.

The jury found that Adams' "speech activity" was "a substantial or motivating factor in the defendants' decision to not promote" him.

The jury also found that the defendants would not have made the same decision "in the absence of plaintiffs' speech activity."

At the time, FIRE said: "What makes Adams' case exceptional, then, is that even without an outright admission of viewpoint-based discrimination by his supervisors, a federal jury (made up of people who, unlike FIRE, are not immersed in the culture of academia) was able to discern that there was something awfully suspicious about the university's disregard for its own promotion standards and its concerted campaign to diminish Adams' academic accomplishments. They were able to connect the dots when presented with evidence that university officials ignored established standards and guidelines for promotions and forwarded misinformation about his academic record."

Another controversy centered on his publication of an article critical of a UNCW student who posted online that "y'all are not prepared for what I'm about to do."

She apparently was referring to her planned attendance at a Donald Trump rally. The Secret Service also paid her a visit.

"Adams was not kind to the student in his article," FIRE said. "He called her a 'confused teenager' who, by describing herself as a 'queer Muslim social justice warrior,' was putting on 'an act designed to fit into as many victim categories as humanly possible.' It certainly is understandable why the student was offended by Adams' piece."

But the university found the statements were Adams' personal expressions, which are protected by the First Amendment.