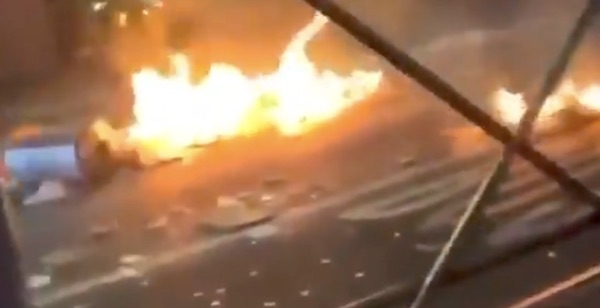 A new study finds, contrary to conventional wisdom, that the Black Lives Matter protests may have slowed the overall spread of the coronavirus in many American cities.

While bringing thousands of people together, the protests may have caused many more people to stay home, concluded the research team, the Colorado Sun reported.

The study, which has not been peer-reviewed, was published by the National Bureau of Economic Research. In the introduction, however, the authors note the views are their own.

Friedson, a University of Colorado at Denver professor, said the protests may have slowed the overall spread of the coronavirus in cities where there were large demonstrations.

"We think that what’s going on is it’s the people who are not going to protest are staying away," he told the Sun. "The overall effect for the entire city is more social distancing because people are avoiding the protests."

Friedson, whose specialty is economics, said the team used official coronavirus case counts and various other streams of data.

He told the paper the nation needs such information to make decisions.

Many state and local officials have been requiring people – or at least pleading with them – to avoid large gatherings such as sporting events, concerts and church services. But many of those same officials have been fully in support of the protests.

And they are concerned that COVID-19 cases are spiking in some places.

Ian Dickson of the Colorado Department of Public Health and Environment told the Sun the state has seen increases in cases recently. But there's no apparent link between the protests and coronavirus case numbers, he said.

The review examined data from about 315 American cities with populations of at least 100,000. There were protests or riots in 281 of those cities.

"The researchers found that protests correlated with a net increase in overall stay-at-home behavior in cities where they occurred — and the increase was larger in cities that saw more sustained protests or reports of violence," the report said.

While the COVID case growth "slowed" where there were protests, the results are not statistically significant, the Sun reported.

Friedman pointed that that if the protests help reduce the COVID cases because people "decided to avoid" the public, there's still a concern, because people don't go out of their way to avoid other events or large gatherings.