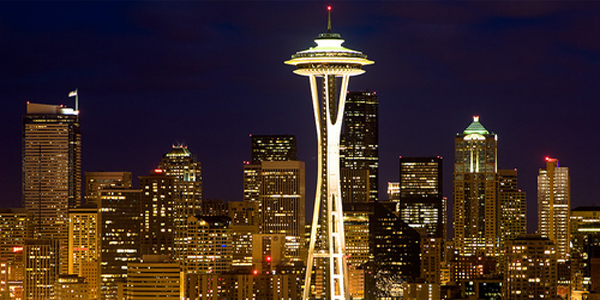 When Andre and Erika Cherry bought a modest, century-old, two-bedroom home in Seattle, they knew it was a fixer-upper.

They were willing to do the work because it was the only house they could afford.

But Seattle authorities told them they had to pay an $11,000 permit fee before they could start, and now the Institute for Justic has launched a fight with the city.

The $11,000 fee was assessed under the city's Housing Affordabilty Law, IJ explained.

"Seattle's 'housing affordability' law has made it completely unaffordable for people like us to own a home in this city," Erika Cherry said in a statement released by her legal team. "We dreamt of turning a fixer-upper into our dream home. But the city's law has turned that dream into a nightmare. The amount of emotional and financial stress this ordeal has caused is immeasurable."

It is the city's formally named Mandatory Housing Affordability Ordinance that is causing the problem.

IJ said the new ordinance changed the zoning for the Cherrys' home after they bought it, moving it to an "MHA" zone. Under the restrictions, residential properties are subjected to substantial requirements whenever the owner builds a "new structure" or makes additions or alterations to existing structures that increase the number of "dwelling units."

According to IJ, Seattle officials claimed the Cherrys are building a "new structure" because they are changing it "too much."

"No one should have to pay thousands of dollars in extra government fees just to renovate their home," explained William Maurer, managing attorney of the Institute for Justice’s Washington office. "It is a measure of the city’s lack of understanding of how economics works that a law claiming to lower the cost of housing actually makes this affordable housing prohibitively expensive."

The city's objective was to require developers to provide low-income housing when they build higher-end projects or pay a fee.

This is the process the city has put the Cherrys in, with one of the suggested alternatives being for them to build an additional unit of about 600 square feet on the main floor to rent out.

Further, the Cherrys had purchased the home and made arrangements for building drawings to repair the structure before the new zoning was imposed on them.

The demand could create trouble for the city, IJ said, noting, the U.S. Supreme Court "held that the government may not condition the approval of a land-use permit on the owner's relinquishment of a port of his or her property – including through fees – unless there is a nexus and rough proportionality between the government's demand and the effects of the proposed land use."