Few who were alive at the time can forget the moment the first plane hit the North Tower of the World Trade Center in New York City on 9/11. Over the intervening 18 minutes, people remarked that there were 10,000 people in those buildings on any given workday. And some talked about a B-25 that crashed into the Empire State Building in dense fog in 1945. Nearly all were wondering how those kinds of accidents can still happen in the 21st century. In those tense minutes, everyone knew something was terribly wrong, but they were in a First Tower Mentality.

When the second plane hit the South Tower, everyone suddenly had a Second Tower Mentality. They didn't need to hear about the Pentagon or Flight 93 or see reports about who al-Qaida and the Taliban were. That would come later. All knew when that second plane hit – America was under attack.

Many feel precisely the same way today: Americans and our constitutional republic are under attack. But not from strange foreign adversaries with names that took practice to pronounce. Instead, it's an attack from "Enemies Domestic" right here at home – household names like CNN, Nancy Pelosi, Seattle Mayor Durkan, California Gov. Newsom, your local faceless city council members, Soros-selected district attorneys and the usual suspects of academics, race hustlers and deep state operatives at all levels of government. Like al-Qaida, they are working to rob you of the blessings of your birthright, your liberty, your livelihood. Their goal is to: destroy your safety and security; burn down our nation; erase Western civilization history; and destroy our way of life so they can enforce their tyrannical form of government in a socialized world without borders.

We are under attack.

A mere five months ago, we had a roaring economy. A bottom-up economic boom, by which all boats were being floated. Average Americans saw their wages grow for the first time in two decades. All minorities were seeing rising economic stability, and black American unemployment was at an all-time low. All while America was disentangling itself from costly mistakes abroad and getting our allies to pay their fair share.

The Democratic Party had just put on three sideshows – their candidate debates, the unsuccessful Russian hoax debacle and failed impeachment. Some traditional Democratic interest groups were already looking favorably upon the Trump economy and sincerely asking themselves: yeah, so what do I have to lose? Meanwhile, other Democratic interest groups, like Wall Street, the Deep State, RINO Republicans, entertainment industry personalities, big tech corporate executives, media and academia, all knew they were going to be more soundly defeated November 2020 than they were in November 2016.

With three of their weapons having failed them, they needed a new one. For them, something had to be done, and done fast, to destroy the freest country and the most powerful force for good in the history of humanity.

And then it happened. The left weaponized COVID-19. For the first time in 243 years, through yellow fever outbreaks in the 1790s, the War of 1812, economic depressions and two world wars, the federal, state, and local governments were diabolically deceived into ordering businesses closed and remanding citizens to their homes. Everyone agreed to do their part to flatten the curve of the SARS-CoV-2 pandemic. The nation needed time to build up PPE, ventilator and ER bed capacity. By the end of April 2020, it was Mission Accomplished. Yes, deaths were already being recorded due to the virus itself, although it is important to note that not a single American has died from a lack of medical equipment. But hundreds or thousands more have also died because of social impact of the disease – other medical conditions not being addressed, suicides brought on by the economic devastation of the shutdown, etc. All of this occurred while Americans were ready to meet the challenge of the virus inevitably washing through the population, with herd immunity getting us past this pandemic.

At the same time, the federal government spent the near equivalent of its entire annual budget on a "relief" plan and began jamming cash into people's bank accounts whether they asked for it or not. During World War II, the nation's second-most existential threat after the Civil War, our government had to sell war bonds to continue to pay its bills and fight the threat. Today? Borrowing $3 trillion and handing it out to people has become acceptable in America. After fighting creeping socialism for a century, it was installed by the federal government in a matter of 10 days.

Schools and universities closed. Airlines, hotels and restaurants shut down, all with a guarantee from the federal government that the taxpayer would make them whole. And when some voices asked what the government wants in exchange for all that? How dare you ask that! We're saving millions of lives! Don't be selfish. Just comply.

And then things took an even darker turn. By order of faceless city-council persons and state officials whose names many people heard for the first time, the power-drunk bureaucrats seized the opportunity to put a chokehold on the American economy and the American people.

And then they unleashed the Hounds of Hell upon us.

They swung open prisons and let criminals invade our neighborhoods. The more demented among them eliminated bail and installed revolving-door justice – making sure no one was ever going back to prison. Religious liberty suffered a devastating blow as churchgoers were ticketed for worshiping, while those who burned and vandalized churches were celebrated as social justice warriors. No arrests were made while many stunned Americans remained silently curled up in the fetal position as opposed to standing up like our forefathers.

Local bureaucrats illegitimately ordered their police to stand down or to leave the scene altogether as devout, admitted communists and anarchists looted and burned our cities.

The media adopted Joseph Goebbels' "Big Lie Theory," endlessly repeating the mantra that the beatings and bodies on the streets and flames engulfing buildings before our eyes were "mostly peaceful protest." The roving thugs seized private and public property to deface and destroy it, all to cheers from the mob and praise from news anchors. Violent criminal bands stopped cars, banged on their hoods and windows with bats and bike locks, trapping terrified people in their cars. They were detaining people against their will under the threat of violence, tantamount to kidnapping. One group even locked down and held hostage an entire six-block area of Seattle. At the same time, the city's mayor withheld police, praised the mob and cheered them on – along with Democrats, the media and academia.

And the latest? The St. Louis couple, the McCloskeys, who were set upon in their home by a violent mob that broke into their neighborhood, trespassed on their property and threatened to kill them and their dog, just had their rifle seized by police. Meanwhile, the mob that attacked them are being made out as heroes, and the St. Louis prosecutor is considering filing charges against the McCloskeys. For what crime? Apparently, they have not figured it out yet. But that is immaterial.

So, are you still in a First Tower Mentality about the bizarre and seemingly unrelated criminal and revolutionary-inspired events that have been happening around you these past five months? Or have you had your Second Tower Moment yet? Have you come to the inescapable conclusion that we are under attack by Enemies Domestic? That realization – that truth – is the mortal enemy to the lies permeating the American culture today.

Whatever your mindset, we are under attack. Only the truth is the mortal enemy to the lies permeating the American culture today.

Does the blood of our Founders and some 1 million veterans who died securing freedom and liberty still course through Americans' veins? Has it become so diluted by enjoying the blessings of liberty they bequeathed to us that Americans will now remain as ordered, cowering in place, curled up in the fetal position, relieved that at least, "they haven't come for me yet"? This is the "Second Tower" question all Americans must individually answer for themselves.

Lawrence Allen is the author of four books, including "Tree of Liberty: Trilogy," winner of Let's Just Talk Radio's 2014 Best Political Thriller Award. He speaks on topics of the day and recently produced an 8-part series called "The History You Don't Know," which shows the parallels between China's Communist Era and the Modern American Left. His website is: www.treeoflibertyusa.com.

Dr. William Scott Magill is the executive director of Veterans in Defense of Liberty (ViDoL). He served with the United States Marine Corps 1965-1971, with the United States Army Medical Corps 1981-1988, and with the Denver Police Department 1970-1976. He obtained his Bachelor of Business Administration from the University of Denver, Masters of Health Care Administration Trinity University in San Antonio, and a medical degree from The University of Health Sciences in Kansas City. Dr. Magill matriculated his residency in Ob/Gyn at Tripler Army Medical Center in Honolulu and served as the Chief of Ob/Gyn at Irwin Army Hospital Ft. Riley Kansas. He is a Diplomate of the American Board of Obstetrics and Gynecology. He was until recently a practicing Obstetrician & Gynecologist in Springfield, Missouri, for 21 years. 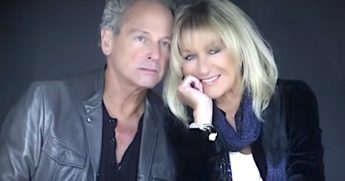