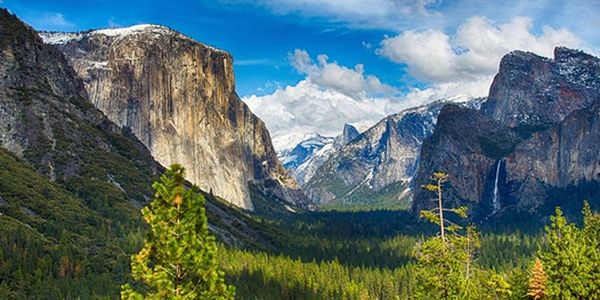 "It's time to take down some of our own monuments, starting with some truth-telling about the Sierra Club's early history," Brune wrote in a statement on the group's website. Sierra Club is ending its years-long reverence for Muir in an effort to distance the 128-year-old environmentalist organization from its co-founder's racist past, he added.

Muir, who died in 1914, worked to preserve Yosemite Valley and Sequoia National Forest, The Washington Post reported in an article Wednesday about the group's disassociation from their co-founder. He also had a racist past, Brune said.

Muir once referred to black people as "Sambos," a pejorative term for African Americans, WaPo reported. He also called American Indians "dirty" and "lazy," according to Atlas Obscura.

"Muir's words and actions carry an especially heavy weight. They continue to hurt and alienate Indigenous people and people of color who come into contact with the Sierra Club," Brune said.

"Such willful ignorance is what allows some people to shut their eyes to the reality that the wild places we love are also the ancestral homelands of Native peoples, forced off their lands in the decades or centuries before they became national parks," Brune added.

Brune also highlighted Muir's close relationship with Henry Fairfield Osborn, who led the New York Zoological Society and became the board of Trustees of the American Museum of Natural History. He also helped found the American Eugenics Society after Muir's death in 1914. Osborn's group believed nonwhite people and Jews were inferior to white people, WaPo reported.

Brune's decision comes amid nationwide demonstrations against the death of George Floyd, a black man who died in May after a police officer kneeled down on his neck for nearly nine minutes, video of the incident shows. His death sparked a movement to defund the police, as well as a push for organizations to reconsider their past allegiances to historical figures with racist pasts.

"I call on Dan Snyder once again to face that reality, since he does still desperately want to be in the nation's capital," Norton said in a July 1 statement to WaPo. "He has got a problem he can't get around, and he particularly can't get around it today, after the George Floyd killing."