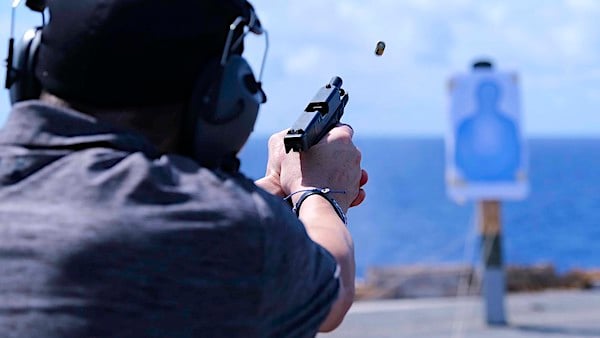 The state of Illinois is being sued again for denying residents their Second Amendment rights.

The lawsuit by the Second Amendment Foundation and the Goldwater Institute is on behalf of citizens who have been endlessly waiting for their state-required Firearm Owner's Identification card.

The card is required to obtain a firearm, but the state has been ignoring its mandate to issue it within 30 days. Some applicants have been waiting 60 to 90 days.

The lawsuit in federal court in northern Illinois is against the Illinois State Police Director Brendan Kelly and the agency's Firearms Services Bureau Chief Jessica Trame.

The Goldwater Institute explained that one of the plaintiffs, D'Andre Bradley, for five years was ready to defend his country as a U.S. Marine.

But as violent crime rages today in Chicago – there are dozens of shootings each weekend – he is not allowed to protect his Chicago Heights home and his family.

The institute said: "Illinois requires its residents to obtain a state license—called a Firearms Owners Identification (FOID) card—before they may purchase or even possess a firearm of any kind. But for Bradley and the other plaintiffs—who diligently applied for a card and qualify under the law—owning a gun is a virtual impossibility because the state has failed to issue cards within the 30 days required under the law. In fact, the state is taking as long as 60 days, 90 days, or even longer to issue licenses."

"Everyone has a fundamental right to self-defense. If the state is going to require a license to exercise that right, then it should at least respect its own time limit," he said.

The demand for the cards is no surprise, as Illinois residents are "desperate to defend themselves," the institute said.

The 30-day requirement is for applicants who aren't disqualified by a felony conviction or mental illness.

"Thirty days is a long time to wait just to be allowed to exercise a fundamental individual right. And in a time in which widespread looting and violence in the Chicagoland area is capturing headlines, to people who need to protect themselves from an immediate threat, that delay could be deadly," the institute said.

The lawsuit asks the courts to order the state to provide the cards within the state's time limit.

Federal courts have struck down limits on the Second Amendment in Illinois several times. The Supreme Court famously ended Chicago’s handgun ban in the landmark McDonald v. City of Chicago decision in 2010. Chicago tried to evade the ruling by promptly passing an ordinance that required individuals to receive training at a firing range before they could own a handgun. It also banned all firing ranges in the city. The U.S. Court of Appeals struck down the ordinance in 2011. In 2012, it struck down a state law that banned Illinois residents from carrying a loaded firearm anywhere, the Institute reported.

"But ISP has been dragging its feet, leaving applicants in limbo for months. Sometimes the agency doesn’t act for as long as 60 or even 90 days. You can bet that if a private citizen had to comply with a legal requirement within 30 days, he or she would be in big trouble for not meeting that deadline."