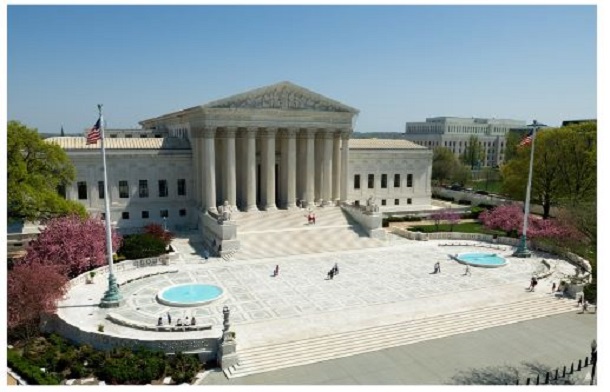 The Supreme Court on Thursday agreed to review a case to decide whether secret grand jury materials from special counsel Robert Mueller's report should be given to the Democratic-led House Judiciary Committee.

The Mueller probe wrapped up after more than two years without finding evidence of collusion.

But the House Democrats, who never have given up hope, are demanding access.

The Washington Examiner reported Thursday the court granted the request from the Department of Justice to review a lower court's decision that the materials must be given to the Democrats.

The case will be heard in the fall, which means even if the Democrats prevail, they probably wouldn't get access until after November's election.

House Democrats filed a lawsuit last year claiming that the standards for grand jury secrecy do not apply because they wanted to review the statements for "a possible impeachment investigation into Trump," the report said.

"Both Congress and this court have made clear that grand-jury secrecy should not be breached outside the expressly enumerated exceptions in Rule 6(e)," he said. "One of those exceptions allows disclosure preliminarily to or in connection with a judicial proceeding. None allows disclosure in connection with a Senate impeachment trial. In light of the national prominence of this grand-jury investigation, the separation-of-powers concerns raised by the decision below, and the potential damage that decision could inflict on the proper functioning of our grand jury system, this court’s review is warranted."

Democrats filed two impeachment claims against President Trump last winter. He was acquitted on both counts.

But the Democrats continue fighting for the grand jury materials, hoping they will provide a foundation for action against the president.

The Democrats had told the court, "If this material reveals new evidence supporting the conclusion that President Trump committed impeachable offenses that are not covered by the articles adopted by the House, the committee will proceed accordingly – including, if necessary, by considering whether to recommend new articles of impeachment."

Impeachment has been on their to-do list since even before Trump took office.

They already have obtained access to other redacted material in Mueller's 448-page report. But a report from the inspector general for the DOJ pointed out a long list of instances of misbehavior while the Obama administration was running its spy-on-Trump campaign.

Court observers have warned of the precedent the Democrats are setting for perpetual impeachment investigations.

Mueller found that Russians did interfere in the 2016 campaign, but it did not find that the Trump campaign "conspired or coordinated."