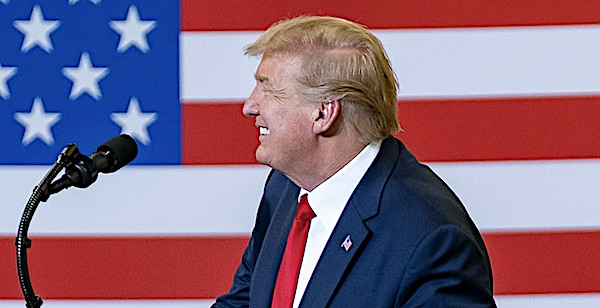 The Washington Examiner reported it routinely takes 25 days to send cases back to an appeals court for more litigation.

However, Democrats asked the justices to move up the time frame by two weeks, the report said.

Two weeks ago the court issued a ruling largely in the president's favor, concluding lower courts failed to properly consider the separation of powers between Congress and the executive in deciding in favor of the House Democrats.

The Democrats now will have to wait until Aug. 3 to continue their fight.

In 2019, the House Financial Services and Intelligence Committees subpoenaed Deutsche Bank for information related to a host of Trump financial issues.

By a 7-2 vote, the Supreme Court sent the case back to the lower courts for further consideration.

The majority said the lower courts failed to fully address the "significant separation of powers concerns implicated by congressional subpoenas."

The justices said the approach by the committees "would leave essentially no limits on the congressional power to subpoena the president’s personal records. A limitless subpoena power could transform the established practice of the political branches and allow Congress to aggrandize itself at the president’s expense."

The justices wrote: "These separation of powers concerns are unmistakably implicated by the subpoenas here, which represent not a run-of-the-mill legislative effort but rather a clash between rival branches of government over records of intense political interest for all involved. The interbranch conflict does not vanish simply because the subpoenas seek personal papers or because the president sued in his personal capacity."

In a separate 7-2 decision, the Supreme Court ruled in favor of an effort by Democratic Manhattan District Attorney Cyrus Vance to obtain Trump's financial records. The court said that "Article II and the Supremacy Clause do not categorically preclude, or require a heightened standard for, the issuance of a state criminal subpoena to a sitting President."

"This is all a political prosecution," Trump tweeted after the ruling. "I won the Mueller Witch Hunt, and others, and now I have to keep fighting in a politically corrupt New York. Not fair to this Presidency or Administration!"