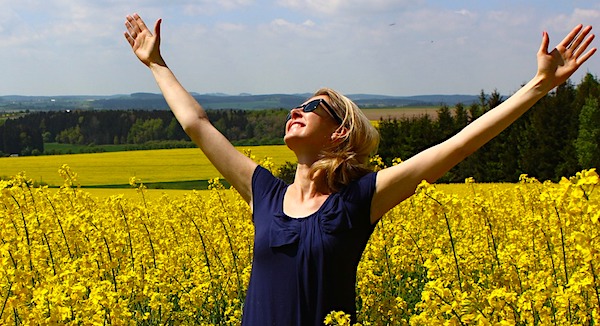 The Supreme Court ruled 7-2 on Wednesday that employees of religious institutions who serve a religious function cannot bring discrimination claims against their employers.

"The independence of religious institutions in matters of 'faith and doctrine' is closely linked to independence in what the court has termed 'matters of church government,'" said the majority opinion in a 7-2 ruling.

The cases were brought by Agnes Morrissey-Berru, formerly of Our Lady of Guadalupe School, and Kristen Biel, formerly of St. James School.  Both are part of the Roman Catholic Archdiocese of Los Angeles.

The schools argued that because the teachers were integral to the religious mission of the schools, they were barred from suing under the "ministerial exception" to the civil rights laws recognized by the justices in a 2012 case.

The court ruled the First Amendment bars the government from interfering with a religious group's employment decisions regarding its ministers.

John Bursch of the Alliance Defending Freedom said the court's decision "clears up disagreements in the lower courts about the right way to define ‘minister,’ concluding that any definition should be primarily based on the religious functions an employee is asked to perform as defined by those qualified to make that judgment: the religious groups who know their faith best."

"In so doing, the court has respected the autonomy of faith-based schools and prevented the government from interfering with the internal operations and autonomy of religious organizations," he said. "In other words, the court has ruled in accordance with one of the primary purposes of the First Amendment."

Justice Samuel Alito wrote that "educating young people in their faith, inculcating its teachings, and training them to live their faith are responsibilities that lie at the very core of the mission."

"Religious schools play an integral role in passing the faith to the next generation of believers," said Adrian Alarcon, spokesman for the Archdiocese of Los Angeles Catholic Schools. "We are grateful that the Supreme Court recognized faith groups must be free to make their own decisions about who should be entrusted with these essential duties."

The teachers had been removed because of "poor performance," according to Becket.

"Today is a huge win for religious schools of all faith traditions," said Eric Rassbach, vice president and senior counsel at Becket, who argued the case to the court. "The last thing government officials should do is decide who is authorized to teach Catholicism to Catholics or Judaism to Jews. We are glad the court has resoundingly reaffirmed that churches and synagogues, not government, control who teaches kids about God."

Family Research Council President Tony Perkins said: "We are pleased that the Supreme Court has decided to uphold First Amendment free exercise of religion in this case. The ability to curate who provides religious instruction is fundamental to the free exercise of any religiously-informed institution.

"We applaud the Supreme Court for recognizing that the Constitution bars the government from interfering in the independent employment decisions of religious organizations," said Kelly Shackelford, president of First Liberty Institute. "There should no longer be any doubt that religious schools and institutions have the right to freely choose who will preach their religious message, teach their religious doctrine, and lead our future generations according to their religious tradition."

Alito found: "The First Amendment protects the right of religious institutions ‘to decide for themselves, free from state interference, matters of church government as well as those of faith and doctrine.’ The religious education and formation of students is the very reason for the existence of most private religious schools, and therefore the selection and supervision of the teachers upon whom the schools rely to do this work lie at the core of their mission. Judicial review of the way in which religious schools discharge those responsibilities would undermine the independence of religious institutions in a way that the First Amendment does not tolerate."

The Supreme Court ruled in the 2011 Hosanna-Tabor case that a Lutheran school had the right to choose who will teach its religious beliefs to students.

However, the much-overturned 9th U.S. Circuit Court of Appeals ruled in 2012 contrary to the Supreme Court precedent.

The Supreme Court's opinion Wednesday recognized that both teachers who sued "performed vital religious duties, such as educating their students in the Catholic faith and guiding their students to live their lives in accordance with that faith."

Justices Sonia Sotomayor and Ruth Ginsburg wrote in dissent that the employees were fired "allegedly because one had breast cancer and the other was elderly."

They said the schools treated the teachers as "ministers" even though they "taught primarily secular subjects, lacked substantial religious titles and training, and were not even required to be Catholic."

"Although certain religious functions may be important to a church, a person's performance of some of those functions does not mechanically trigger a categorical exemption from generally applicable antidiscrimination laws," they wrote.

They warned of the possibility of "abuse" in the system.