Federal authorities have begun investigating whether a body found in New York state is that of the gunman who shot and killed the son of a federal judge in New Jersey Sunday.

New York State Police found the body Monday, less than 24 hours after the shooting took place at the home of U.S. District Judge Esther Salas, where the gunman killed Salas’ son and wounded her husband before fleeing. 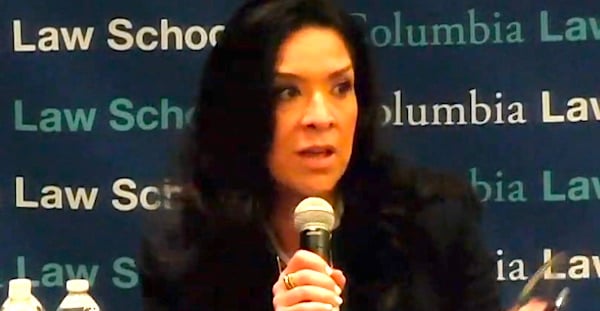 Authorities believe that the the body is that of another attorney, Roy Den Hollander, who died due to what authorities said was a self-inflicted gunshot wound, The New York Times reported.

Den Hollander was a self described anti-feminist who had sued nightclubs for offering discounts to women and Columbia University over offering courses in women’s studies, according to The New York Times.

He also brought a lawsuit before Salas in 2015 challenging the male-only military draft, arguing that the Selective Service System was violating women’s equal protection by only requiring men to register for the draft.

Police found a package addressed to Salas shorty after the found Den Hollander’s body, according to law enforcement officials knowledgable about the investigation.

Salas was in her basement at the time of the shooting and was unharmed. The search for the shooter led authorities to Liberty, New York, about a two hour drive north from where the shooting took place in New Brunswick, New Jersey.

Her husband, Mark Anderl, was shot several times but is in stable condition. Her son, Daniel Anderl, 20, was killed after a shot to the heart, The New York Times reported.

Last week, Salas was assigned to a class-action lawsuit against Deutsche Bank that alleges the firm failed to act on suspicious transactions from Epstein’s account. The shooting did not appear to be tied to the case, though authorities were still investigating the motive, CNN reported.