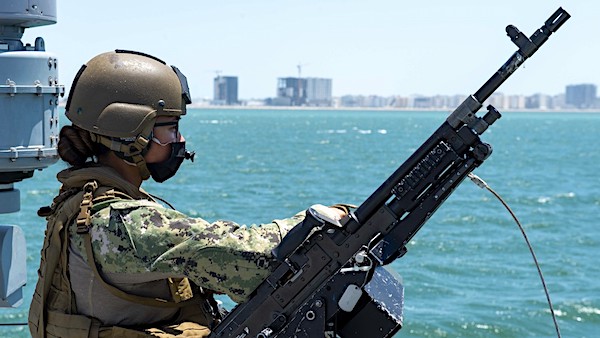 After an anonymous complaint about a 33-year-old article arguing women should not serve in combat, the Boeing Company's communications chief abruptly resigned.

"My article was a 29-year-old Cold War navy pilot's misguided contribution to a debate that was live at the time," said Niel Golightly said in a statement accompanying Boeing's announcement.

Although his view was mainstream at the time, and women are still not required to register for the draft, Golight said his article was "embarrassingly wrong and offensive." 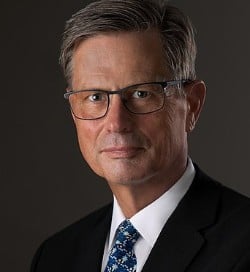 "The article is not a reflection of who I am; but nonetheless I have decided that in the interest of the company I will step down," he said.

Golightly told staff in an email Thursday the exclusion of women from combat at that time was "government policy and broadly supported in society. It was also wrong."

The military's ban on women serving in combat was lifted only seven years ago. However, women still are not required to register with the Selective Service System.

Golightly served for 14 years in the U.S. Navy, as a fighter pilot and as speechwriter to the secretary of the Navy and the chairman of the Joint Chiefs of Staff.

He became Boeing's vice president for communications Jan. 1 and was said to be introducing sweeping changes.

The December 1987 article was flagged in an internal anonymous ethics complaint that was reviewed by the board.

Reuters reported he decided to step down after discussions with Boeing Chief Executive Dave Calhoun and others.

His departure comes amid sensitivities fueled by the #MeToo movement against sexual harassment and anti-racist activism.

Boeing emphasized it has a strong commitment to improving diversity.

An excerpt of his offending article on the U.S. Naval Institute website, titled "No Right to Fight," said: "At issue is not whether women can fire M-60s, dogfight MiGs, or drive tanks. Introducing women into combat would destroy the exclusively male intangibles of war fighting and the feminine images of what men fight for -- peace, home, family."