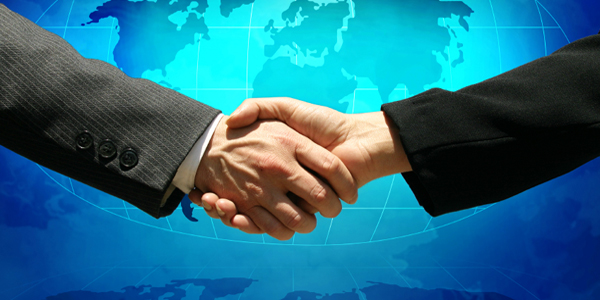 Fred Hochberg, former chairman and president of the Export-Import Bank, and the author of Free Trade Is Not A Four-Letter Word, would have you believe (as the book title indicates) trade is not a four-letter word. However, he advocates free trade, and the word "free" is, in fact, a four-letter word. Close enough.

But Fred fails to realize that our Founding Fathers never advocated free trade. They surely read Adam Smith's The Wealth of Nations, and they didn't buy into it. That's why the word words "free trade" are found nowhere in our U.S. Constitution.

Author Fred Hochberg acknowledges that we did not really sufficiently, as a country, address the people who got badly hurt by decades of U.S. trade policy. But his prescription is still more free trade.

He advocates all open trade with foreign nations (which the U.S. Constitution says should be "regulated") by claiming that we consume more avocados than we produce in the USA. But just because we don’t produce enough avocados to supply U.S. demand, does not mean we should import products when we can be self-reliant and use U.S.-based producers.

Hochberg also says The obsession with the trade deficit makes no sense. It's not something we need to be focused on. Yet he did not disagree with Bloomberg's Carol Massar when she said during an interview that importing avocados from Mexico helps "emerging economies." If exporting Mexican products (like avocados) helps Mexico, then exporting American goods helps America. If exporting helps the exporting country's economy, how then does a country's trade deficit "make no sense”? If a country has a trade deficit, that means it is exporting less than it imports. If a country like Mexico is helped by exporting avocados, then the volume of exports (and a resulting trade deficit or surplus) matters and is clearly something to focus on.

It is estimated that Boeing's delay in exporting the 737 Max Jet will have a marked effect on U.S. GDP. Boeing represents 11% of the Dow Jones, and happens to be our nation's largest exporter. How then do exports, which affect our trade balance, not matter? It is clear that this is not an issue that "makes no sense."

Hochberg repeats a tired old globalist refrain: we should make here what we do well, and we should buy what we don't do well and cites America's export of movies, entertainment, and digital products claiming, that's our competitive advantage. That's what America does really well. That would not be possible without trade.

That might seem to make sense at a casual glance, except when you consider the following: Only 12 percent of cloud computing jobs are female employed, and only 15 percent of our engineering jobs are female employed. Are we to assume that these somewhat low percentages of female employment indicates that being a female engineer is something that women in America don't do well, or do we need more diversity? Would Hochberg propose we remove all women engineers, citing a mere 15 percent, supposing that these statistics reveal women don’t do engineering well?

The U.S. only makes about 3% of the apparel we buy in this country. Is that because we don’t do that very well? Or is it because free trade policies have stacked the deck against U.S. producers, making it nearly impossible to compete on the same level?

Hochberg offers a glimmer of common-sense hope in saying, a factory closes, and it's hard on the factory workers and the community. We never really put policies in place to take care of that. But then he continues, Workers who get hurt tend to be very localized, where the benefits are spread far and wide. I suppose Hochberg is referring to the unspecified benefits of free trade. Yet it is indeed laughable that layoffs are a local problem. When plant closings have been replicated in several small, medium, and large towns across America, it transforms from a local problem to a "far and wide" problem.

However, it's easy to see why Kochberg has a love affair with free trade. According to an interview with NPR, his mother created a multimillion-dollar mail order catalog company selling everything from clothing to toys, partly by buying products that were made in China when Nixon opened up to trade with the communist country. In 1981, Hochberg's mother started buying from factories in China because Taiwan became "too expensive." It is indeed a problem for America that some entrepreneurs seem to believe that the only way to make a profit is to manufacture in a low-wage country and sell to a high-wage country.

There are plenty of businesses that make products in America, sell products to Americans, and still turn a nice profit. That's what we have to focus on as a country - making things and selling things in America. That's what leads to national prosperity, despite what some supposed experts like Fred Hochberg might have you believe.