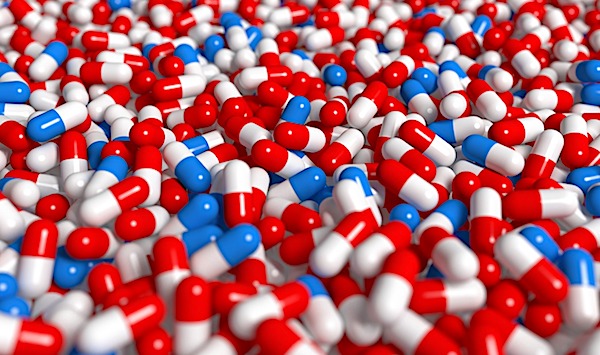 This week promises to be consequential in the fight against the coronavirus. Both parties seem committed to passing some form of economic relief bill to help the American people who have been left reeling from the financial impact of the pandemic. Funding for contact tracing, testing, and measures to protect Americans’ health and get kids back in the classroom – as parents approach the schoolyear with a combination of anxiety, anger, and exhaustion – will also likely be provided for in the final bill.

With an election now less than 100 days away, if Congress wants to demonstrate genuine concern for the health and economic well-being of the country, it should seize the opportunity to pass additional legislation. On Friday, President Trump signed an executive order intended to reduce the price of pharmaceuticals. The drug industry and its legions of Washington lobbyists and spin masters were quick to point out the executive order wouldn’t be enforceable and would have a limited impact on their bottom line. As the market digested both sides of the argument throughout the day, pharmaceutical stocks actually rose in value.

If the president’s executive order was really nothing more than political posturing, Democrats on Capitol Hill, joined by Republicans, should call his bluff. Trump purported to deliver a number of substantive changes to how we buy prescription drugs, including allowing Americans to import drugs from Canada and other nations where they are cheaper and ensuring that Medicare doesn’t pay more for prescription drugs than it should. The executive order also addressed rebates that drug companies pay to insurers and pharmacy benefit managers – kickbacks, really – that come at the expense of our most vulnerable Americans, those fighting debilitating and sometimes life-threatening illnesses. New legislation could make sure that Trump’s stated intent becomes law. Unless Democrats made the issue into a partisan stunt of their own by gratuitously bashing the White House effort, the president would have no choice but to sign it.

Like the coronavirus relief bill, the stakes here are high. In 2018, nearly one-third of adults reported they didn’t take their medicines as prescribed because they couldn’t afford them. Fully 42% of cancer patients report having their entire net worth wiped out within two years of a diagnosis. According to the House Ways and Means Committee, Medicare could save $50 billion annually if it simply paid the average price that other developed nations do. In this time of coronavirus relief bills measured in the trillions, that seems like a trivial amount. To put it into context, however, that’s roughly the cost of individual subsidies through the ACA.

A concerted effort to root out the price gouging and inefficiencies in healthcare – starting with prescription drug prices – would do more to jump-start the American economy than any other action Congress could take right now. It would deliver a positive supply shock that would make $10 oil look like child’s play. As Warren Buffet described, healthcare is the tapeworm eating the U.S. economy. It is eating the American worker, as well. For the past two decades, incomes have barely kept up with inflation as sky-rocketing health insurance costs have consumed substantial dollars that otherwise would have gone to employee paychecks.

Candidates on both sides of the aisle routinely decry the outrageous prices that Americans pay for prescription drugs. In the last presidential election, both Hillary Clinton and Donald Trump forcefully made the argument that the American people were getting a raw deal. When it comes time to legislating, however, the American public is greeted with nothing more than political theater.

The reason for this is simple. The pharmaceutical industry spends more money lobbying Washington than any other industry – a distinction it has held every year for two decades. Moreover, any member of Congress who aspires to join the ranks of pharmaceutical industry lobbyists after leaving office realizes that voting to curtail the industry’s exorbitant profits is not good career planning. How much did the industry have to spend to preserve its $50 billion annual subsidy? The answer is a paltry $300 million a year. It’s a smart investment, one which relies on the institutionalized corruption endemic in our nation’s capital.

As much as Democrats like to vilify Republicans for serving as industry stooges, when it comes to the high cost of prescription drugs, Democrats also deserve blame. In order to avoid the ire of Big Pharma, in 2009 they left prescription drug prices largely untouched in the Patient Protection and Affordable Care Act. They made it painfully clear that when it came to prescription drugs, “patient protection” was nothing more than a slogan. The industry took full advantage of the Democrats’ willingness to ignore the suffering of the American people. In the five years after the passage of the ACA, the price that Medicare paid for brand-name specialty drugs rose an astronomical 22% annually. When the Independent Payment Advisory Board, created by the ACA, recommended a change to the way Medicare compensates doctors for prescribing prescription drugs, it wasn’t just Republicans who lobbied on behalf of the industry. Democrats were equally hostile to the change. In short, the Democrats have been quietly inside the industry’s pocket for well over a decade.

To be fair, the Democrats did advance a prescription drug bill out of the House this session. Like many House bills, however, it was passed with the clear understanding that it would never make it through the Republican-controlled Senate. This is the same gambit Republicans previously employed when they controlled the House and the legislative tables were turned – passing legislation that defunded Planned Parenthood and repealed Obamacare. Aptly termed “failure theater,” this legislative strategy isn’t intended to change policy, but rather to dupe voters into thinking their representatives are fighting the good fight. It’s about elections, not about the lives of the American people.

This opportunity is different. Within a couple of days, Nancy Pelosi could easily have President Trump’s executive order turned into legislation and through the House of Representatives. Sending a bill to the Senate that is essentially identical to Trump’s executive order would certainly test the allegation that the Republican-controlled Senate is nothing more than a day camp for presidential sycophants. Forced to choose between an industry lobby they’re beholden to and a Republican president they’d rather not antagonize in an election year, Senate Republicans could actually side with the American people.

With the pandemic occupying much of our consciousness, and the potential for a vaccine being critical to our physical and mental well-being, it would be easy to give the industry a pass right now. That would be a mistake. If Pelosi introduced legislation to give Trump’s executive order the force of law, the industry would respond with veiled threats about the changes impairing their ability to deliver a COVID-19 vaccine. Manufacturing confusion is one of the few things they do as well as making money. But snubbing their nose at the country that funded over  $100 billion in basic research this past decade and represents their largest market would be irrational.

In time, and with the right leadership, the global community will beat this pandemic. The pharmaceutical industry, however, might prove to be a more lasting adversary. For decades it has been fleecing the American people, and the American people know it. More than 90% of Americans believe that Congress should unshackle Medicare and give it the right to negotiate prescription drug prices. If the Democrats don’t seize this opportunity and fully embrace President Trump’s executive order by giving it the force of law, they are simply confirming that in the war on the American people, they stand firmly on the side of the politically powerful and well connected.

Greg Orman is a Kansas entrepreneur, author of “A Declaration of Independents,” and a former independent candidate for governor and senator of his state. His website is www.greg-orman.com.