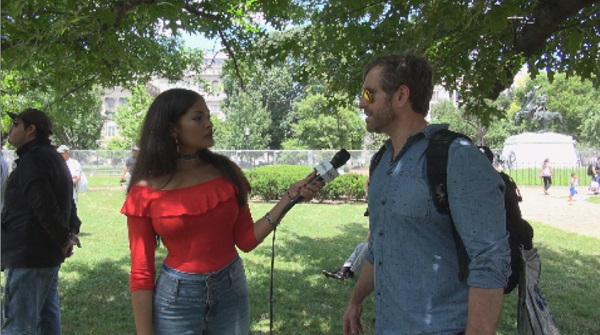 A prominent blogger and author, Mike Cernovich, says the hack Wednesday of Twitter accounts belonging to Joe Biden, Barack Obama and others exposed the company's censorship.

The hack briefly revealed images of a panel in the company's administrative section, he said, that lists "Bounced," "Inactive" and "Protected" categories as well as a "Compromised" and "Trends Blacklist."

Twitters admin panel has a button to “blacklist trends.”

So yeah twitter lied, they manually edit trends. The ones advocating violence are kept up. By their choice.

They aren’t a platform. They are a publisher.

Cernovich wrote: "Twitters admin panel has a button to 'blacklist trends.' So yeah twitter lied, they manually edit trends. The ones advocating violence are kept up. By their choice. They aren't a platform. They are a publisher. Abolish Section 230."

Is Twitter justified in blacklisting users based on political suasion?
0% (0 Votes)
100% (38 Votes)

He was referring to a section of federal law that protects social media companies from liability for content because they are regarded as "platforms."

In contrast, "publishers," which control content, do not have liability protection.

Social media companies have testified before Congress they are "platforms."

The Gateway Pundit blog said the hack "revealed Twitter manually edits trends and manufactures content, something they previously testified did not happen! And Twitter is taking down tweets that reveal their lies."

The blog pointed out Twitter has a long history of censoring and shadow-banning conservative voices.

Meanwhile, the Washington Examiner reported two people claimed to be responsible for the hack, which apparently took in more than $100,000, said they paid a Twitter worker to help them break the system.

In an interview with Vice News, one of the hackers said, "We used a rep that literally done all the work for us."

The Examiner reported: "The hackers, as well as the screenshots Vice obtained, claim to show that the accounts were taken over using an internal tool at Twitter. One of the screenshots shows a page for Binance, an account that was hacked on Wednesday. What is pictured appears to be the tool used to suspend an account or change its information."

Daily Mail.com reported the FBI is leading the investigation of the security breach.