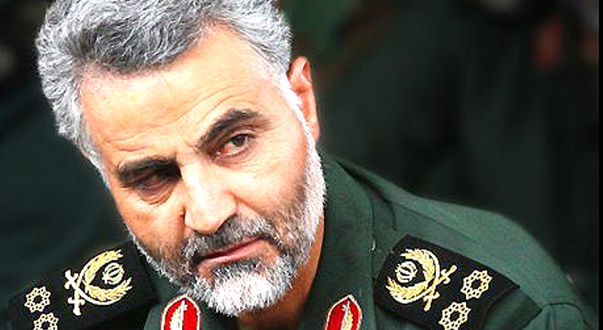 A United Nations official has claimed the U.S. killing Iranian terror leader Gen. Qassem Soleimani violated international law because there was not enough evidence of an "ongoing or imminent attack," even though he already was blamed for the deaths of more than 600 American soldiers.

She said there was not sufficient evidence, despite the Pentagon's finding that Soleimani and his Quds Force "were responsible for the deaths of hundreds of American and coalition service members and the wounding of thousands more."

"He had orchestrated attacks on coalition bases in Iraq over the last several months – including the attack on December 27th – culminating in the death and wounding of additional American and Iraqi personnel," the Pentagon said.

The Quds Force was described by the Department of Defense as the extraterritorial wing of the Islamic Revolutionary Guard Corps, which has been designated by the State Department as a "foreign terrorist organization."

Secretary of State Mike Pompeo said, "The blood of the 603 American soldiers – is on his hands and the hands of the IRGC more broadly."

Callamard wrote in a report her demands for accountability for targeted killings by armed drones and more regulation of those weapons.

She told Reuters the U.N. Security Council is "missing in action" on the issue.

She's due on Thursday to give her conclusions to the Human Rights Council, a U.N. sub-group the U.S. abandoned several years ago after determining it was a "cesspool of political bias."

Soleimani was a pivotal figure in Iran's efforts to destroy U.S. forces that remained in Iraq to maintain stability.

President Trump authorized the strike after Soleimani was identified as being behind attacks by Iranian-aligned militias on U.S. forces.

Soleimani also was blamed for Dec. 27, 2019, attack at a Iraqi military base near Kirkuk that killed an American civilian contractor.

He also was believed to have planned an attack on the U.S. Embassy in Baghdad.

Callamard admitted Soleimani was "in charge of Iran military strategy, and actions, in Syria and Iraq," but insisted there was no "actual imminent threat to life."

Iran retaliated with a rocket attack on U.S. forces stationed at an Iraqi air base and mistakenly shot down a Ukrainian passenger airliner taking off from Tehran.