Billionaire Microsoft founder Bill Gates on Wednesay rejected accusations swirling on the internet that he wants to use coronavirus vaccines to implant tracking devices in people.

The philanthropist's Bill and Melinda Gates Foundation has donated millions to coronavirus vaccine and treatment research.

In an interview with CBS News, he commented on a Yahoo News/YouGov survey that found 28% of American adults believed Gates planned to use a COVID-19 vaccine to implant microchips in people so they can be monitored, CNBC reported.

"We need to get the truth out there," he said. "I hope it'll die down as people get the facts."

More than 100 vaccines are under development, and 23 are in human trials, according to the World Health Organization.

Gates' foundation promised in February to donate $100 million to vaccine research and treatment efforts for the coronavirus. 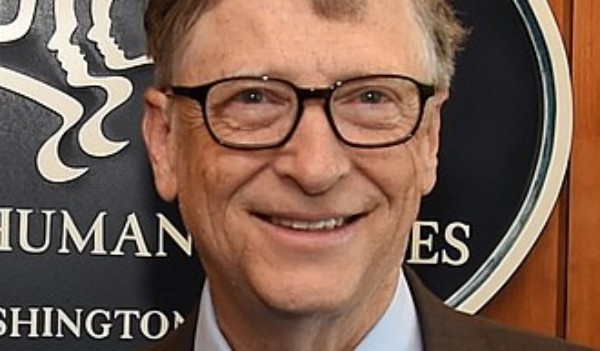 The WHO has requested $675 million to fight the spread of the virus.

Do you think Bill Gates wants tracking devices in coronavirus vaccines despite his denials?
94% (1303 Votes)
6% (81 Votes)

Gates, who pledged an additional $1.6 billion in June to the Gavi vaccine alliance, told CBS he wants "to make sure we don't have people dying just because they don’t have access to the vaccine."

Gates said that despite the pressure to rush a vaccine, he believes the Food and Drug Administration will ensure it is safe.

Americans clearly are concerned, however.

An Associated Press-NORC Center for Public Affairs Research poll found only about half of Americans would get a coronavirus vaccine, CNBC noted.

Among Americans who say they wouldn't get vaccinated, about 70% worry about safety, the poll found.

His wife, Melinda Gates, co-chair of the foundation, acknowledged the difficulty of the effort.

"We have never, never as a globe made a vaccine of this type before nor of this scale before ever. So this is not a quick nor swift process," she said