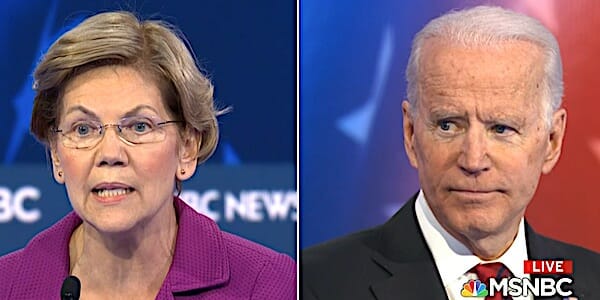 Voters by a large majority – 73% – say Joe Biden should pick the most qualified person to be his vice presidential candidate, regardless of race or gender, according to a new poll.

The Just the News Daily Poll with Scott Rasmussen found 55% of Democrats said the same.

Overall, 15% of U.S. voters believe Biden should pick a woman of color, 10% say a woman and 2% would like a person of color.

The national survey of 1,200 registered voters was conducted June 25-27.

Meanwhile, an Economist/YouGov found only 32% of voters support picking a black vice president, 21% don't and 47% were "not sure," reported Paul Bedard in his Washington Secrets column.

"Despite calls for Joe Biden to pick a woman of color as his running mate, most of the American public doesn't agree or are unsure, and only 51% of black people said the Democrat should select an African American, according to a new 2020 survey," he reported.

Among those defining themselves as "liberal," 50% said Biden should select an African-American.

"The survey tested approval ratings of several of the women being considered by Biden for his running mate, and it found that Massachusetts Sen. Elizabeth Warren, a white person, had the highest rating among blacks. Some 58% had a 'very' or 'somewhat' favorable opinion of her," the report said.

Next was California Sen. Kamala Harris, whose parents are from India and Jamaica and who identifies as black. Some 57% of blacks view her favorably.