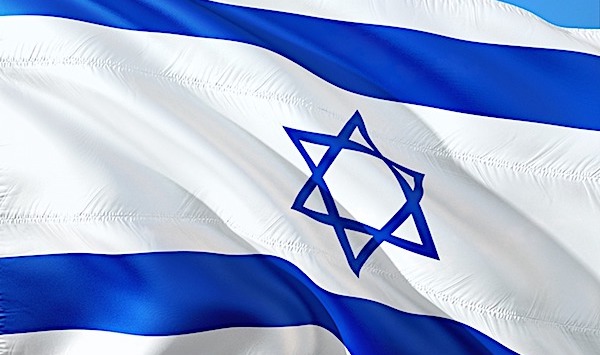 Violent left-wing protests have focused on symbols of America and its history.

But it was "only a matter of time" before someone thought to blame the Jews, reported the Gateway Pundit.

The blog posted video of protesters marching down a street in the nation's capital chanting the blood libel, "Jews kill children too."

It was only a matter of time before the DC protests turned anti-Semitic. pic.twitter.com/YTbwwGuOYh

"You just knew this was going to happen. It always does with the far left," wrote the Gateway Pundit's Jim Hoft.

"This is because the most committed anti-racists see Jews as part of an imperialist racist Zionist conspiracy, represented by Israel," the report explained. "According to their political lights, Israel is the world’s single biggest problem, and they believe it exists solely to egregiously and brutally oppress people of color ... Jews, Zionists and racists unite, for them, in one toxic brain fog."

A number of Jewish shops were destroyed in rioting in Los Angeles following the death of Geroge Floyd.

Even a statue of Raoul Wallenberg, the Swedish diplomat who saved thousands of Hungarian Jews from being murdered by Nazis, was defaced with anti-Semitic slogans.

The group charged that the tactic of kneeling on a suspect's neck, as the Minneapolis police officer did when Floyd died, was created by the IDF.

Financial Review reported an "anti-racism" rally in Paris last week inspired by Black Lives Matter featured placards and stickers that read "Israel, laboratory of police violence," "Who is the terrorist?," "Palestine to the Palestinians! Boycott Israel!" and "Stop collaboration with Israeli State terrorism."

The Israeli newspaper Haaretz reported a platform linked to Black Lives Matter describes Israel as an "apartheid state" that is committing "genocide."

The campaigning prompted Boston's Jewish Community Relations Council to respond: "We cannot and will not align ourselves with organizations that falsely and maliciously assert that Israel is committing 'genocide.' We reject participation in any coalition that seeks to isolate and demonize Israel singularly amongst the nations of the world."