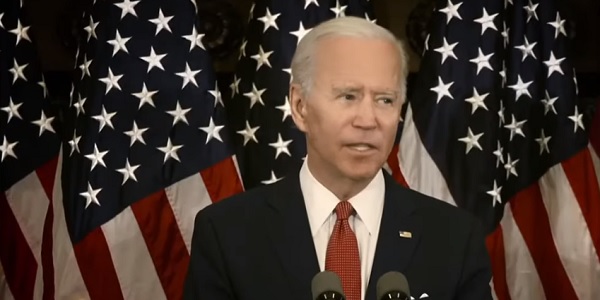 The state-controlled China Global Television Network has released a video making clear that the communist nation would rather have Joe Biden in the White House.

The National Pulse reported the video -- titled "Can COVID-19 beat populism?" -- confirms Trump's claim that China has sought political gain from the virus, which originated in Wuhan, China.

It accuses the Trump administration of being "anti-science" and "shirking" responsibilities, using a series of unflattering images of the president.

Chinese state media called the video another "straw on the camel's back to expose [Trump's] hollow politics."

The Pulse said the video confirms Secretary of State Mike Pompeo’s insistence that China has leveraged the coronavirus pandemic to its benefit.

Pompeo made the claim while visiting London, where he outlined a plan for a coalition to oppose the communist regime.

The Chinese media outlet insisted the silver lining of the coronavirus is that "people are beginning to realize that ... populist rhetoric is nothing but empty promises."

The video says: "Populist leaders like U.S. President Donald Trump are good at whipping up populist sentiment. They look strong. They promise they can 'get things done.' They are 'experts' at manipulating people’s feelings. But here’s the twist: They are incompetent at solving real threats and problems,"

The Gateway Pundit blog said the video confirms that "China absolutely wants Joe Biden to win the 2020 election and now with the coronavirus is doing all it can to stop President Trump."

Trump has been tough on China, clamping down on unfair trade practices and this week ordering the closure of the Houston consulate, which was believed to be engaged in espionage.

The Gateway Pundit said: "President Trump is demolishing the CCP and they don't like it. Their economy is in free fall, Hong Kong is a mess, and they have yet to be held accountable for the thousands of deaths in the US related to their coronavirus. Of course they want Biden to win the presidency and no doubt they are doing all they can to make it so."